During his time at LeWeb, Danny heard from Jamie Oliver on his views on Instagram and how he was one of the first users of the popular photo-sharing platform, and how he used it to good effect to "show off his meals, communicate with fans and to recruit".

Danny also heard from a variety of keynote speakers on the future of Google+, how social networking website Badoo is becoming increasingly popular in London and the continued success of Box; an enterprise alternative to Dropbox. 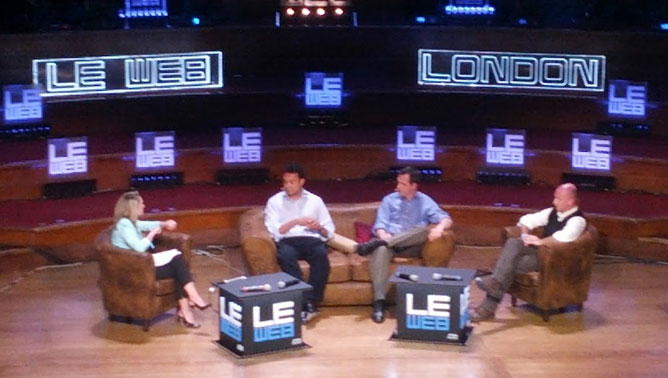 Cyber-Duck are also pleased to confirm the launch of RetireEasyPro.co.uk, an online professional financial tool which enables financial advisers to manage and review client portfolios and model future financial scenarios. The RetireEasy LifePlan Professional website continues the long and fruitful relationship between Cyber-Duck and RetireEasy, after Cyber-Duck built, designed and developed the original RetireEasy website.

Later in the week, Danny was also joined by Cyber-Duck’s HR Executive Karolina Pajewska for the UK UPA hosted speed dating event from Thomson Reuters. The aim of the event is to provide a forum where UX employers and candidates can meet and talk all things design.  The event gave UX professionals a fantastic opportunity to find their dream job from companies who are looking to recruit UX designers.

The biggest tech news outside of Cyber-Duck this week has to be Microsoft revealing the Surface tablet followed by them detailing the new Windows Phone 8 OS. The tablet measures in at 9.3mm thick, has a 10.6-inch optically-bonded, Gorilla Glass 2-covered HD screen as well as either 32GB or 64GB of storage.

Microsoft also used this as an opportunity to show off their new operating system; Windows Phone 8, whilst confirming that existing users will not receive an upgrade on existing handsets, including the Lumia range.

If Microsoft starts to gain any traction in user-base (not an easy task given Apple's dominance of the tablet market), then you may well see Cyber-Duck eventually catering for their future Internet Explorer 10 enabled mobiles and tablets.

We’re also proud to announce this week that we will be giving away 9 tickets to this year’s New Designers awards. The New Designers Awards is a highly respected User Experience (UX) and Design exhibition which brings together over 3,500 budding design graduates from across a wide variety of academic disciplines and enables them to showcase their final year design projects to the wider design community.

Cyber-Duck will also be presenting the much sought-after Associates Prize, which is awarded in the category of UX Design and Interaction Design. To be in with your chance to win one of these tickets, simply send an email to info@cyber-duck.co.uk and we will provide them on a first come first served basis. 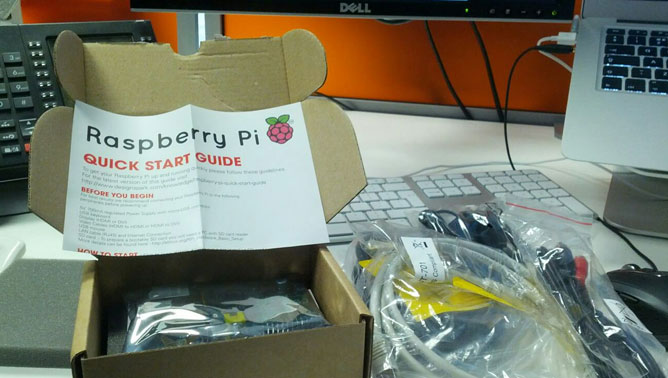 Finally, we leave you with bits of news from inside the office. Matt was thrilled to finally receive his Raspberry PI, a single-board computer developed in the UK aimed at introducing people to programming and moving away from simply being consumers. Also, Paul was delighted to upgrade to a new highly powered Apple Mac Pro.