What Apple's New Products Mean for Your Business

Apple’s keynote event last week featured the usual suspects and some pleasant surprises. Our New Business Executive Tom Millson gives you the lowdown on the new iPhone 6 family, Apple Watch and Apple Pay, exploring what it could mean for your business.

Apple events are always rife with rumours, speculation and expectation about how one of the world’s leading technology companies could once again change our lives. Their latest keynote on the 9th of September was no different, with enthusiasts salivating at the prospect of a new iPhone or even a smartwatch, dubbed ‘iWatch’ by many. Others were excited about the possibility of an actual Apple TV set, Internet of Things innovations for the home, and new iPads and Macs. Of course, with the resources available at Apple any of these products could have made the cut, but here are the details on what was announced and my recommendations to keep your business up to speed.

Within five minutes of the kick-off, Apple CEO Tim Cook was on stage and talking iPhone. Two new models were revealed: iPhone 6 and iPhone 6 Plus, boasting 4.7” and 5.5” screen sizes respectively. This is a significant departure from the current iPhone 5 family, with 4” displays.

The pixel density of the new iPhones has also been dramatically increased, building on the previous Retina displays with what Apple calls ‘Retina HD’—not the most creative name in the world, but you can tell what they’re going for. Essentially, the screen resolutions are now 17% larger for the iPhone 6 and a massive 68% larger for iPhone 6 Plus. They weren’t joking around with the name! 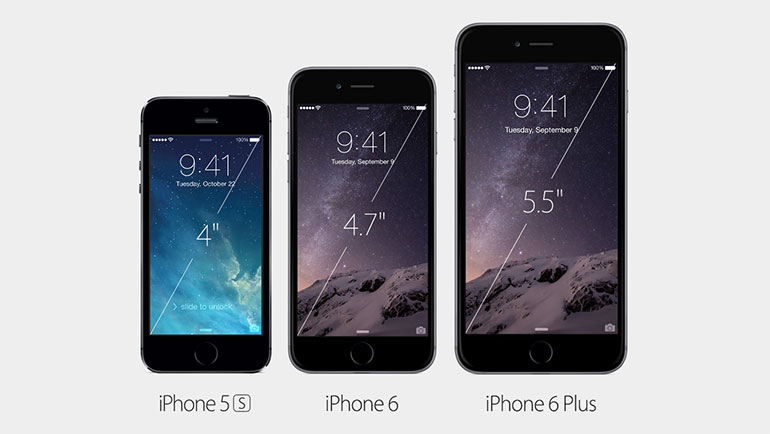 iPhone 6 and iPhone 6 Plus beside the older, smaller iPhone 5

Due to the increased pixel density and larger screen sizes, we must now consider how our apps or websites support them. To support Retina display when it was first introduced, we needed to create bitmap image assets that were two times larger than required for ordinary, non-Retina displays. With Retina HD, images must also be available in a size three times larger than required for non-Retina.

The entire interface and user experience (UX) will also need some re-thinking. The iPhone 6 Plus supports a split screen-type functionality, similar to the iPad. With this amount of screen estate to play with, we will need to consider new and innovative ways to engage the users that take advantage of this feature. 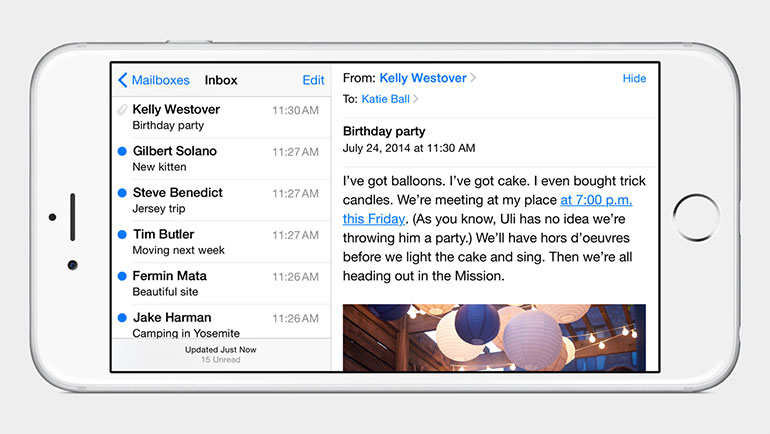 The size increase means the iPhone 6 family could almost be considered as a middle ground between the iPhone 5 and the iPad Mini. We must be careful to optimise website layouts accordingly, but the way forward is still unclear. Does your responsive design adapt well to these form factors?  Or if you have a separate mobile website will the browser treat it as a mobile or tablet device? Although it is always important to regularly test responsive designs, this is a crucial time to do so.

Like with apps, we will also need to consider the quality of your images on your website. The new iPhones have the largest pixel density ever seen on iPhone. Will these new devices expose any images that could look low quality? Again, testing is crucial. 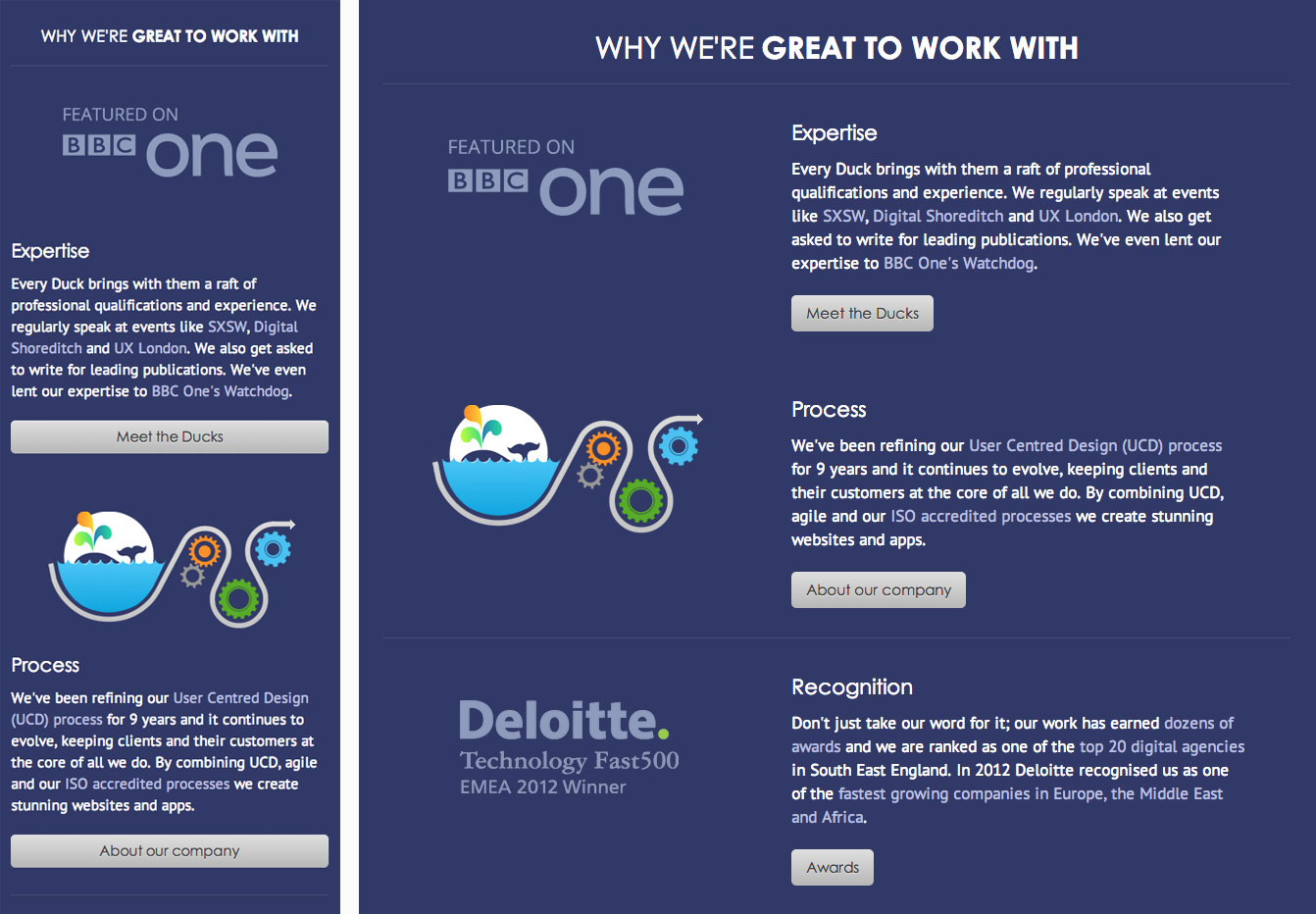 The Cyber-Duck website has always been carefully optimised for mobile and tablet and everything in-between. Is your website as flexible?

Dubbed ‘iWatch’ by most before launch, Apple has gone and satisfied mass public expectation by producing a smartwatch, a product area currently dominated by Android and other technology companies. Like other smartwatches on the market, Apple Watch acts as an extension of your phone. It supports any iPhone device from the 5th generation upwards (sorry, 4S owners!). Apple calls it the most personal device they’ve ever created, and with so many watch face and strap combinations, it’s easy to see why.

One of the more impressive features of the Apple Watch is actually in the hardware. In a true homage to the traditional watch, Apple Watch features a ‘digital crown’, which is used to help navigate interfaces where large fingers could get in the way of a small screen, such as pinch zooming. 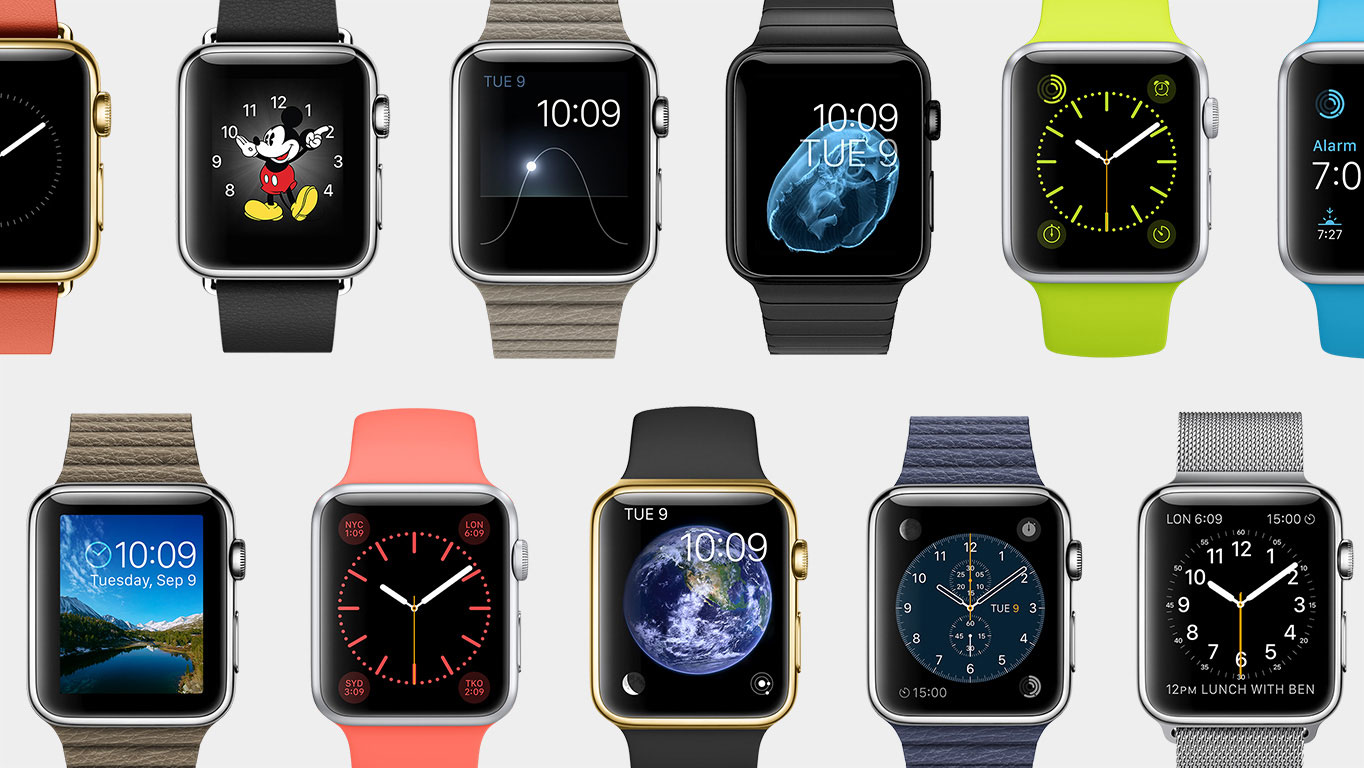 With Apple Watch’s digital crown, you can zoom in and out of your ‘app universe’ and precisely define input data for other apps, such as dates and times.

Apple Watch comes with all the standard Apple apps bar Safari, so no web optimisation is required for Apple Watch yet. However, we will need to consider how an app could function on an Apple Watch as an extension to the mobile version. The ‘messages’ app already does this really well. Users can view incoming messages and reply with a short list of pre-defined messages, or even dictate their own reply using the built-in microphone.

Apple has also introduced WatchKit, a platform that helps developers to create extensions and get apps on the wrist of potentially millions of users. The other kit pushed prominently, HealthKit, allows Apple Watch to become a comprehensive health and fitness companion. Apple has developed Health, an app that measures physical activities, nutrition, sleep patterns and more. All this data is aggregated from new apps Apple provides such as the Workout app and Activity app, as well as third party apps that use HealthKit.

In the biggest and most unexpected announcement of the evening, Apple declared its intention to replace the physical wallet entirely, starting with payments. If you have an m-commerce app, e-commerce website or physical retail store, keep reading.

To get started with Apple Pay, a user simply adds the card linked to their iTunes account. When making payments, the Touch ID fingerprint scanner (standard with iPhone 5S, iPhone 6 and iPhone 6 Plus) works in coordination with contactless payment technology. Apple Pay has already been rolled out to hundreds of thousands of stores, launching in the US next month. 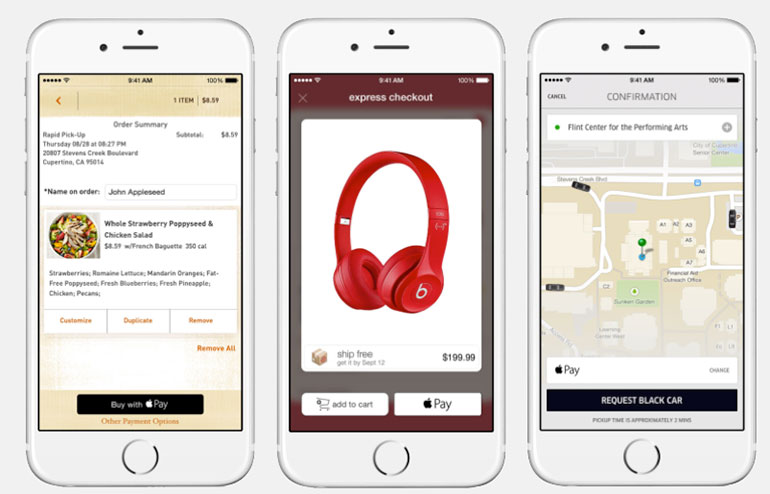 Apple Pay allows m-commerce app developers and businesses to integrate the service into their own apps, reducing the payment process to a single tap.

The only downside with Apple Pay is the initial scope for uptake. Currently, there is no definite release date for the rest of the world. So if your primary customer base is outside the US, you can leave this feature on the back burner for now. That said, there is nothing wrong with preparing your app or website for this new service, especially if you have American customers.

Even better, Apple Pay works with Apple Watch, so you don’t even need to take your phone out to make a payment. With just a single swish of your arm, you’ve paid. Apple only talked about Apple Pay for about 10 minutes, but it was enough to generate mass excitement and buzz from the audience and media.

How Should Businesses Prepare?

For the time being, your priority should be the new iPhone 6 and iPhone 6 Plus, released on September the 19th. Overall, it should be a relatively straightforward process to get websites and apps ready. Are your image assets optimised? What about responsive layouts and views? For professional app developers, these are simple to change.

As for the new products, adding Apple Pay support will not be necessary for most retailers in the UK for the time being. But when it comes to Apple Watch, I recommend you immediately start planning how and if you can extend your iPhone app to this new device. With a vague release date of 2015, figuring out an entirely new use case will take time and how you approach this should be considered carefully.

To learn more about responsive web design (RWD) for iPhone 6 and iPhone 6 Plus, app development for Apple Watch or integration with Apple Pay, get in touch with us today.