Danny Bluestone, Managing Director, has been named as one of BIMA’s Hot 100 digital personalities of 2013. This is a huge achievement for Danny and the Cyber-Duck team, reflecting some of the great work going on here both in and out of the office.

The BIMA (British Interactive Media Association) Hot 100 2013 is a list of some of the biggest and most innovative personalities in the digital world in 2012/13. It honours those who have made a big impact in the technology industry over the last 18 months and we are incredibly proud of Danny’s inclusion onto the list.

The “Hot 100 Digital People” had to show an impressive contribution to the digital world either through technological advances or by promoting digital careers and involvement with the community to be eligible for the list. The 2013 full list will be revealed on the 24th July at the BIMA Digital Hall of Fame event at BAFTA in London where five personalities will be also added to the BIMA Digital Hall of Fame.

Danny is delighted to be noted in the list by such a prestigious name in the digital world, "I am honoured to be listed in the BIMA Hot 100 and I think this is down to our philosophy of constantly giving back to the community and helping others. The award is not only applicable to me, but to all at Cyber-Duck who have worked so hard to build up a best in breed digital agency that is so focused on innovation, quality and transparency."

The award reflects the team’s hard work over the last year to promote and create responsive web design and user-centred design (UCD), the way forward in digital technology. Away from the commercial side of Cyber-Duck, Danny is also involved with our own digital networking group, The Digital Pond, which was shortlisted for Networking Group of the Year at the Hertfordshire Business Awards 2013. Earlier this year he also ran a workshop at UX London, which was sponsored by Cyber-Duck, about “Designing Better Experiences”. 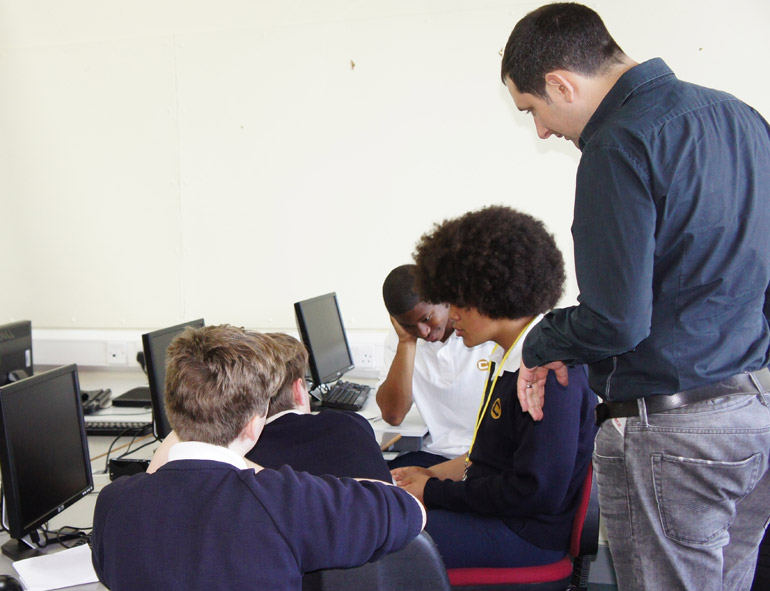 Working in the community

Outside of the office the award also acknowledges some of the great work Danny has been doing with young people to promote a future in technology. Young Rewired State (YRS) and BIMA D-Day school challenges are two of the charitable programmes Danny and Cyber-Duck are involved with. YRS is devoted to creating a network of young coders and programmers who will become the future “Hot 100” whilst BIMA D-Day focuses on introducing the possibilities of digital technology to children. Danny supports both projects, understanding the importance of cultivating and mentoring future programmers and developers.

Only last week Danny and Brad Andrews, a 16 year old intern from the Jewish Free School (JFS) in Harrow, attended the Digital Summer Camp, a technology centred day focused on promoting careers and further education in technology to children ages 9-18, where they gave a short talk on getting into the digital world followed by an interactive workshop. In his own time Danny has also helped Pint of Science, an innovative and enjoyable science festival, design their new website.

The BIMA Hot 100 event ties in nicely with our Cyber-Duck Annual Summer Party, "The Duckies" on Saturday 27th July, celebrating eight years since Danny formed the company. It’s a great opportunity to reflect on how far Cyber-Duck has advanced since its founding in 2005, becoming a market-leading and innovative award winning Digital Agency. Last year Cyber-Duck made it on to the prestigious Deloitte Technology Fast 500 list which ranks the top 500 technology companies based on rates of revenue growth, an indicator of their success.