Revealing the New £10 Note with the Bank of England

Today, the Bank of England unveils the latest addition to the polymer banknote collection: the new £10 note, featuring the national treasure that is Jane Austen. Here at Cyber-Duck, we’re proud to work with the Bank yet again to produce an engaging website that showcases the new banknote and its features.

For over 320 years, English banknotes were printed on cotton paper. But last year the Bank of England took the first steps towards using highly durable polymer notes instead.

That’s because polymer banknotes are cleaner, safer and stronger than their paper counterparts, and have proven a huge success wherever they’ve been introduced, including Australia and Canada.

The £5 note was the first UK banknote to receive the polymer treatment. The sophisticated new design featured Sir Winston Churchill and a heartfelt tribute to his life and work. It was launched to widespread acclaim, and the UK has eagerly awaited the rollout of the rest of the polymer collection ever since.

But we don’t have to wait much longer. The next stage in the Bank of England’s polymer campaign is to unveil the new £10 note before it enters circulation in September. But who has the honour of gracing the new banknote?

In 2013, the Bank of England announced that the next character to grace the £10 note would be the timeless novelist Jane Austen. 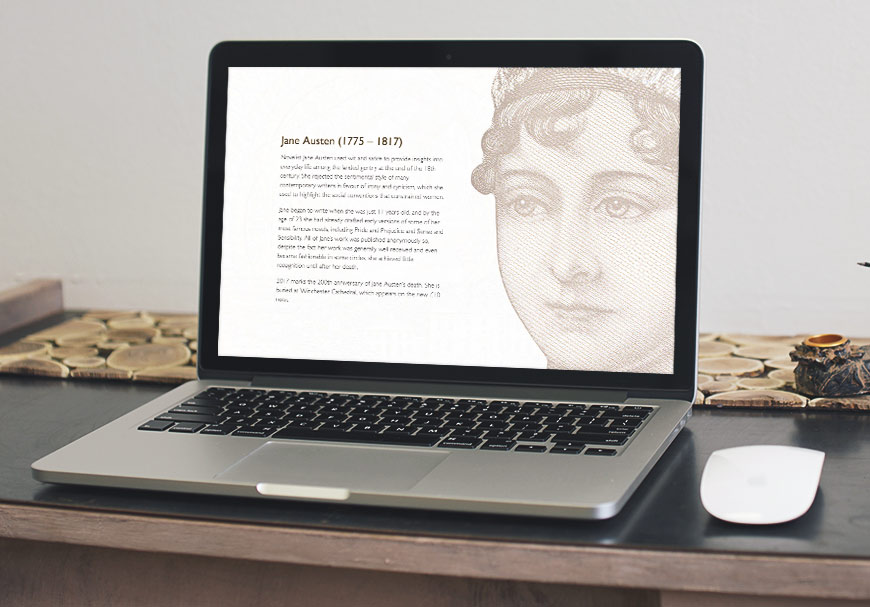 Jane Austen, the 19th century English novelist, is the face of the new £10 note.

Author of such classic novels as Pride & Prejudice, Emma, and Mansfield Park, Austen used her fiction to highlight the social conventions that constrained women in 19th Century England. She achieved this through her mastery of wit and cynicism that’s found throughout her work.

All in all, Jane Austen well and truly deserves the honour of being the face of the New £10 Note. To mark the 200th anniversary of her death, the Bank will unveil the new £10 note at Winchester Cathedral today, where Austen was buried in 1817.

The new note will feature a fitting tribute to Austen, covering all aspects of her career, inspirations and legacy, including a quote from Pride & Prejudice’s Miss Bingley: ‘I declare after all there is no enjoyment like reading!’

Many of the security features that were introduced to in the £5 note last year make a return with the £10 note, such as the hologram, colour-shifting foil patches, and the clearly defined picture of the Queen in the window. 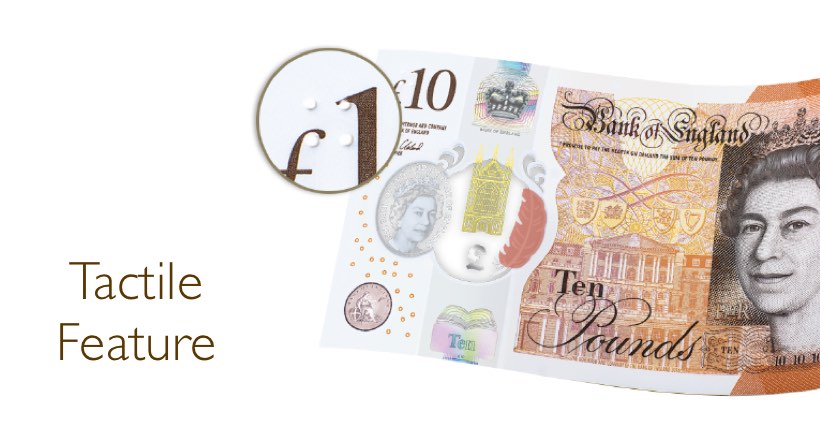 But one additional feature the new banknote also boasts is its tactile feature. On the polymer £10 note’s front, there are two groups of raised dots in the top left hand corner. Using these dot clusters, blind and partially sighted people can identify the note’s value. Accessibility plays a large role in our UX design services here at Cyber-Duck, so we were thrilled to work with the Bank to promote the user-friendly new £10 note.

The website Cyber-Duck has created for the Bank is central to the promotion campaign. It arrives riding high on the success of the New Fiver website, which had over 650,000 visitors in its first four months and was a Best Consumer Website Runner-Up at the Wirehive 100 Awards.

The Bank of England was keen to mirror the successful design of the New Fiver website, and we were excited to continue our stellar work with the Bank too.

Once again, we applied our ISO accredited user-centred process to create a user-friendly website that showcases the new banknote.

Front and centre of the New Ten website is the 360° overview of the banknote. Users can familiarise themselves with the new banknote and its key features by dragging the slider below the image. 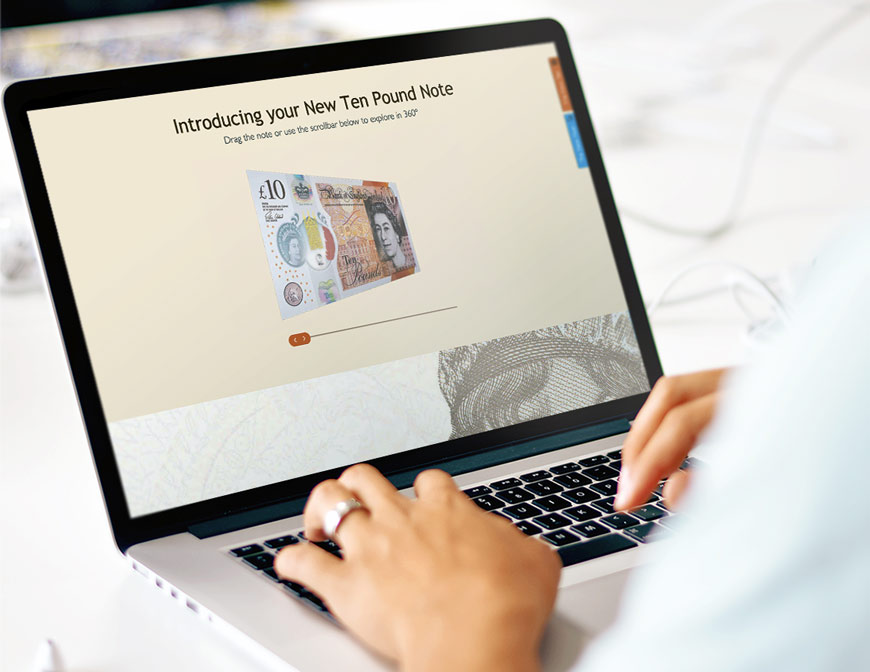 Users can familiarise themselves with the new £10 note using the 360° slider tool.

Like the New Fiver, the New Ten website also details exactly how the release of the banknote will affect the public and business. Be sure to check out the #NewTenPoundNote to find out all the latest information.

Want to Work with Us?

We’ve really enjoyed working with the Bank of England once more to promote the new banknotes, and we’re all proud of the service and website we’ve delivered.

You can find out more about Cyber-Duck’s latest projects here. But if you like what you’ve seen and you’re in need of an innovative and technical digital transformation for your business, be sure to get in touch with us today for more information.