I had the opportunity to attend SXSW (South by South West) in Austin, Texas this year. Here, I highlight my key takeaways from this 6-day, action-packed Texan affair and my top tips if you’re thinking of heading there for the first time next year.

Colloquially referred to as “South By” by the locals and returning festival attendees, SXSW is an annual event that encompasses interactive media, film, gaming, music festivals and more.

Our CEO, Danny; UX Designer, Sam; Software Engineer, Ramon and I attended the interactive conference in March 2019. After recovering from the post-SXSW fever, I’m ready to tell the tale…

So many SXSW talks to go to, so little time

One of my personal favourites was “How to Build a Standout Brand in a Crowded World” by Nick Westergaard. He explained how disruptive technology like Facebook, Instagram and Snapchat has changed the way we communicate. He said that we should make content for the skimmers, swimmers and divers.

This point resonated with me the most, and a takeaway I got from it is that any piece of long-form content that we construct must be reducible to or can be summarised in tweets and newsletters.

The “Trust Is the New Currency” series was also one of my highlights. Backed by the UK’s Department of International Trade (DfIT) and the Institute of Practitioners in Advertising (IPA), it was coined as the “UK at SXSW day”. The talks featured speakers from leading UK businesses. They all debated the pillars of trust in advertising, UX, social media and more. 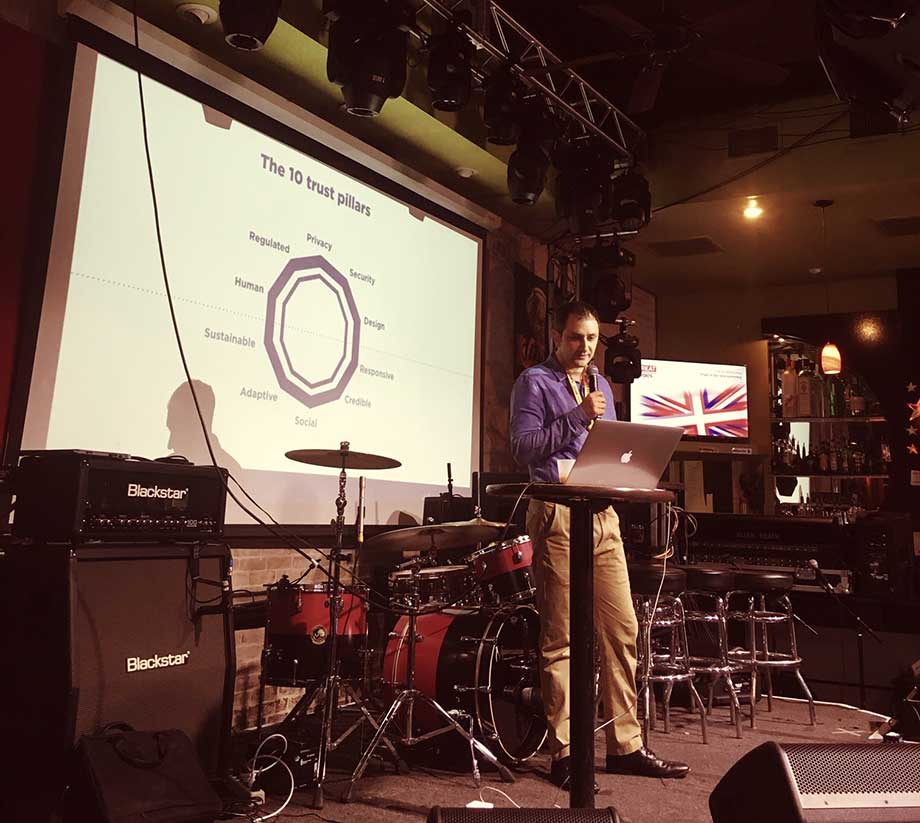 Danny gave a talk on how to rebuild brand trust at SXSW 2019.

Our CEO, Danny gave his very own talk on “Fixing the User Experience (UX) Through Trust and Values”, which detailed how brands can develop a design system to regain users trust.

Campaign also featured a snippet of Danny’s talk, which elegantly summarises the essence of his talk. You can find the article here. 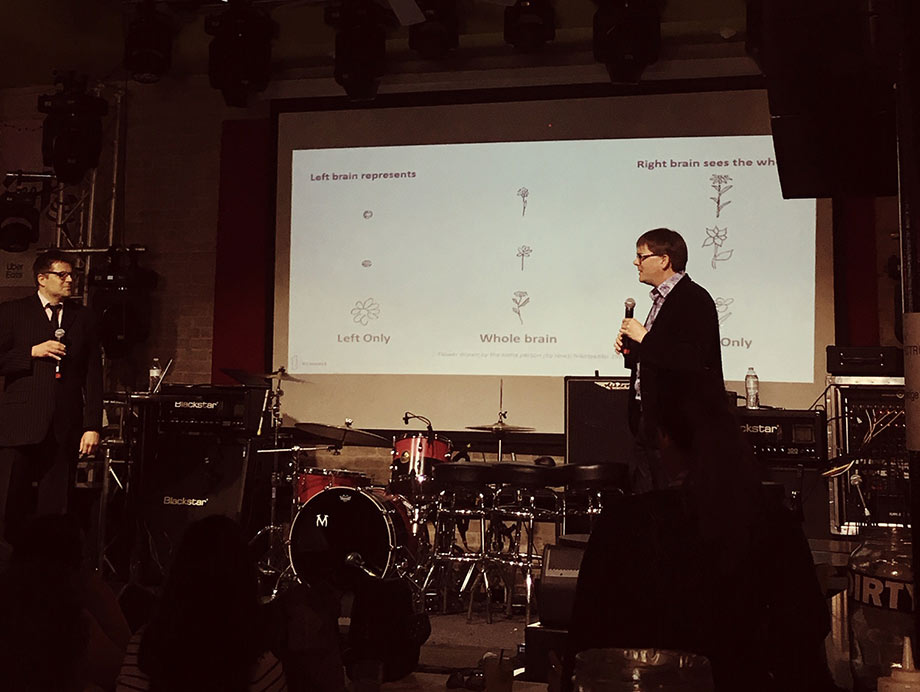 Orlando Wood and Will Goodhand talked about the impact of left-brain versus right-brain thinking on advertising in the 21st century.

System 1’s Orlando Wood and Will Goodhand also demonstrated how opposing sides of the brain develop and execute advertising ideas differently. ‘How,’ you ask? By embodying the left- and right-brain themselves. Absolutely brilliant if you ask me.

Their study found that right-brained appeal advertisements are emotionally more effective but argued that society these days have more of a left-brained (analytical) way of perceiving the world. They explained that this was happening because of technological advances. But they argued that human culture is at its best when there is a balance between the two hemispheres.

There weren’t any conclusive answers at the talk, but it leaves a lot to wonder about. I just know each time I view an ad now I will (literally) mentally think which hemisphere of the brain it is appealing to.

On a more serious note, the majority of the talks that I went to - albeit related to marketing, design, journalism or the media in general - had their piece to say about the current societal issues that affect us all. Many interesting insights were shared, some more focused than others and some using their influence and their platform to spread awareness.

Like the panel that I went to on “How Adaptive Design Is Transforming Brands” featuring Scout Basett, a Paralympian and four-time National Champion. Although the talk was very centred on the modification of design to adapt to people with disabilities, they also highlighted that people with disabilities are actually the largest minority. I especially liked a quote from Melissa Langley, a communication strategist for Ottobock – a world leading supplier for prosthetics – that said, “Nothing about us, without us”.

I looked the quote up. The expression was coined by disability rights activists in ‘93 to portray that no policy should be reached without the participation of the represented stakeholders itself.

Therefore, it’s absolutely essential to speak to your targeted users (in this case people with disabilities) to ensure that you are designing something that is adaptable for everyone.

Another example was a talk on “How Media Fragmentation Fuels Online Toxicity” given by a group of diverse panellists who already had an online presence. The debate particularly addressed how terms that are being used in the online media encourage hate and lies. The impact? It causes a fragmentation within society. Classic example: “illegal aliens” versus “undocumented immigrants”. 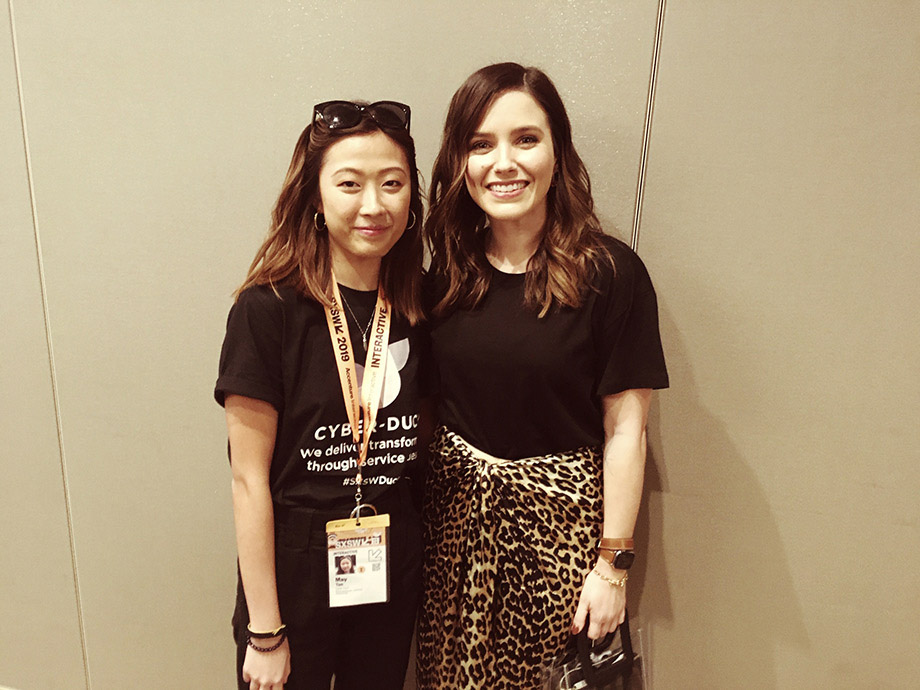 A fangirl moment I had with Sophia Bush, one of the panellist, I love how passionate she is and how she uses her platform as an actress, director, and activist to spread awareness on societal issues.

Last but not least, “How 90s Bitchification Led to #MeToo” by Allison Yarrow. Yarrow pointed out that when she looked back at the 1990s she was instantly hit with a pang of nostalgia. However, now, as an adult woman, she realises that the way she viewed women in the 90s as a young girl was negative. She blamed it on the portrayal of women in the media and the misogynistic culture.

I do believe though that we are progressing, and women now have the authority to speak out, to question what Yarrow couldn’t when she was little. The birth of the #MeToo movement is a great example of this.

Yarrow’s talk really struck a note with me. It’s made me question how I think about things – do I have a negative view of something, including a demographic, that I’m not aware of and that’s having an impact on my work? If I can address that, and think outside the box about how worldviews could impact my marketing strategies, perhaps I can create more effective campaigns that are also progressive.

If you think SXSW was only about the talks, you are so wrong. There are literally dozens of events (social or not) happening all around Austin. ADP & WIRED held an invite that lets people suit up, pick up a destroyer (tool) of choice and let it all out in one of four break rooms. What did I choose? Old tech. In fact, Sam, Ramon and I did. 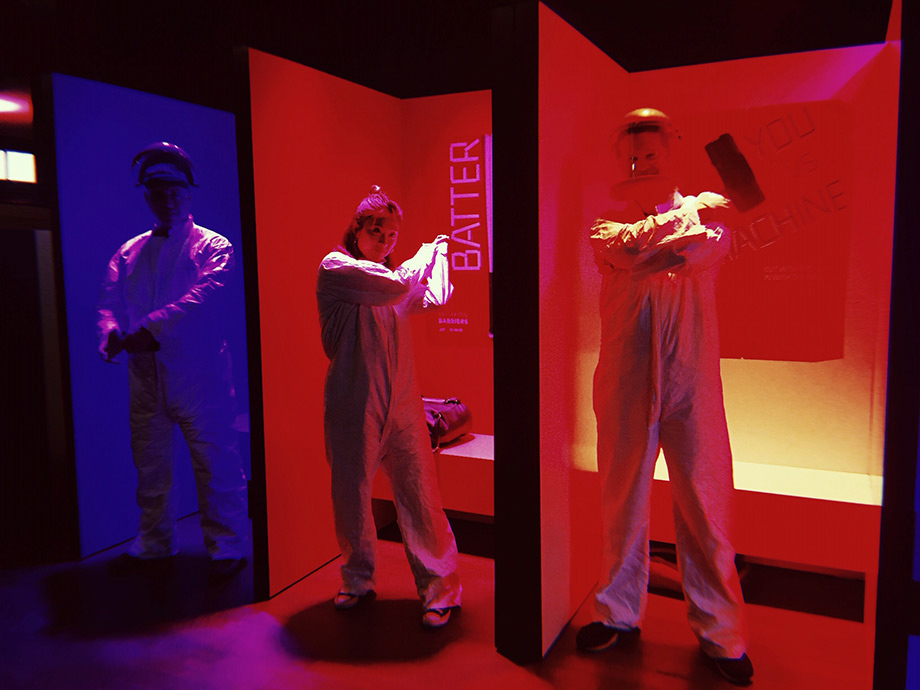 Sam, Ramon and I getting ready to break bits... 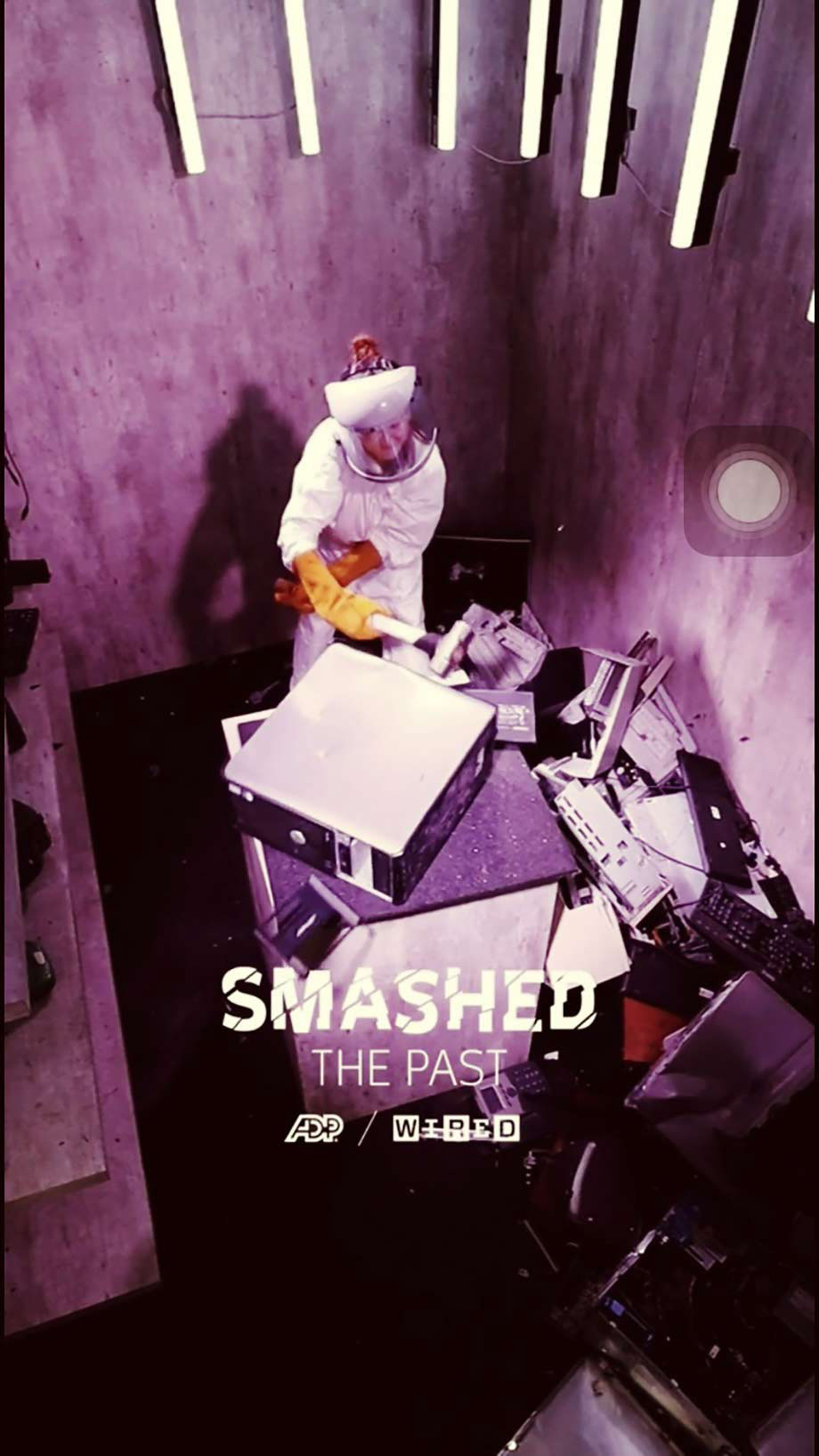 It felt good to smash things up, not gonna’ lie!

And that concludes my SXSW experience! But there are some things I wish I’d known before I got to SXSW. Here are my top tips for how to handle SXSW.

If you went this year, I’d love to know your experience. Feel free to connect with me at @thefifthmonthh on Twitter if you want to know more.

I’ll just leave this picture here to show you how happy I was. 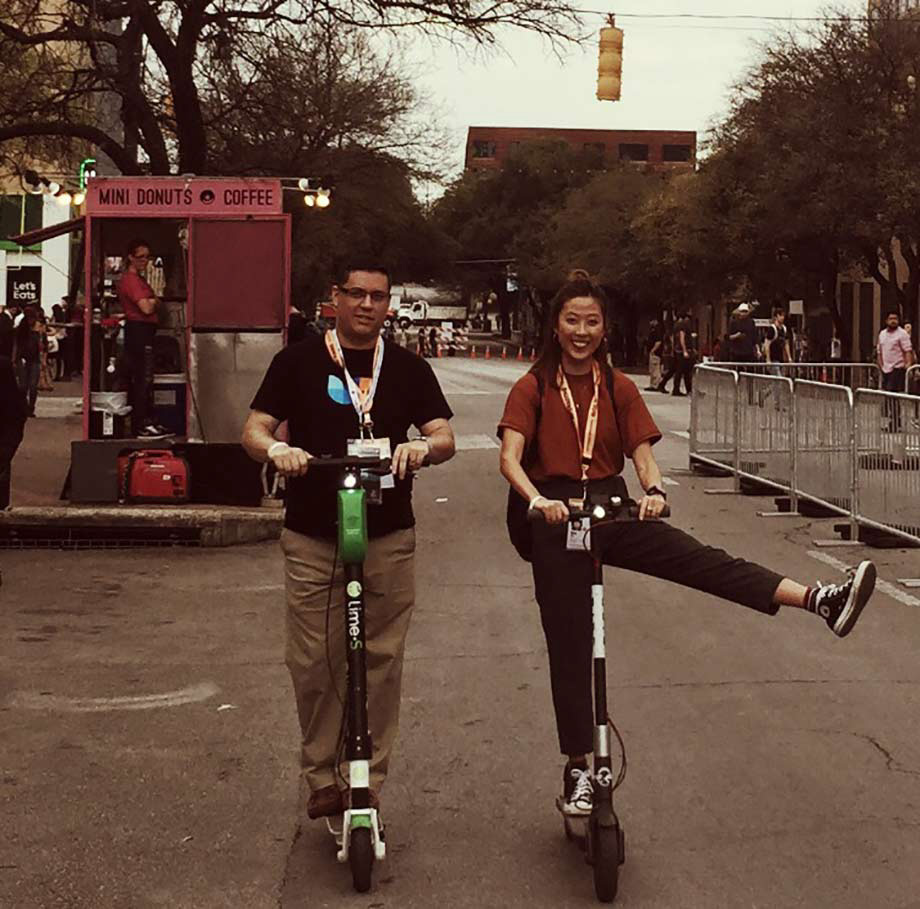 Ramon and I buzzing our way around Austin, Texas. 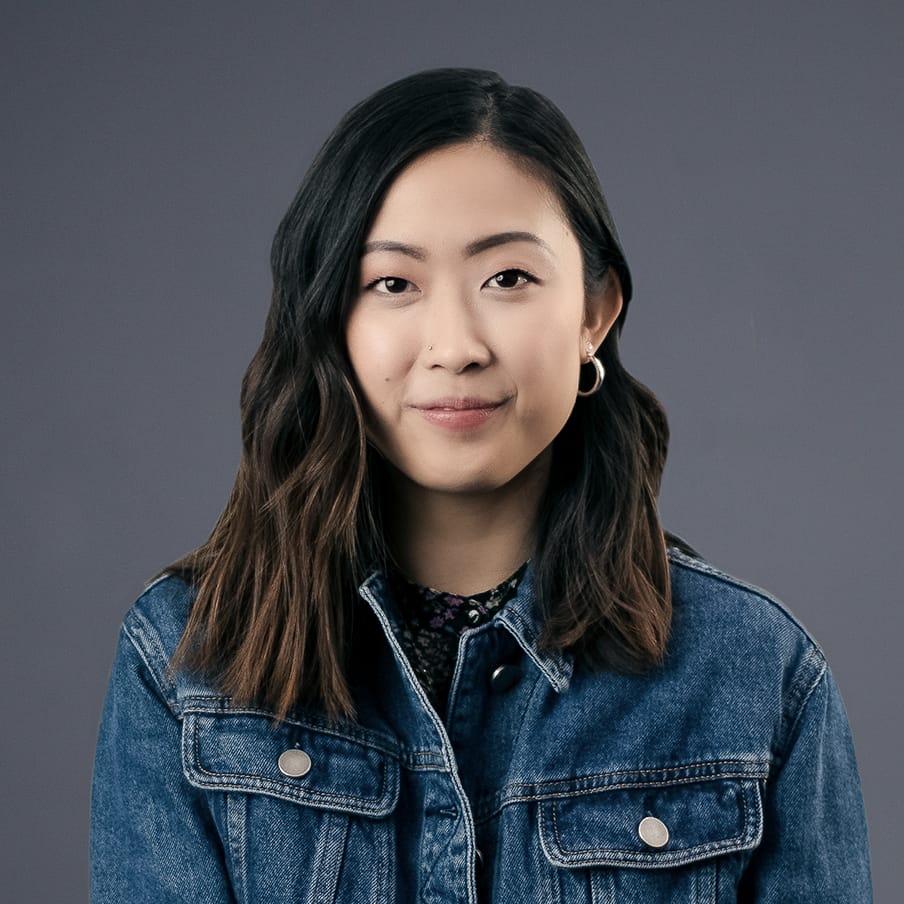 Working within the client marketing team, May helps our clients to cut through the noise by optimising their online presence. 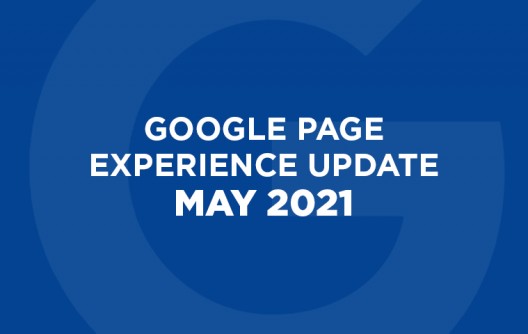 Google's new Core Web Vitals will become a ranking signal in May 2021 along with visual indicators to be rolled out. 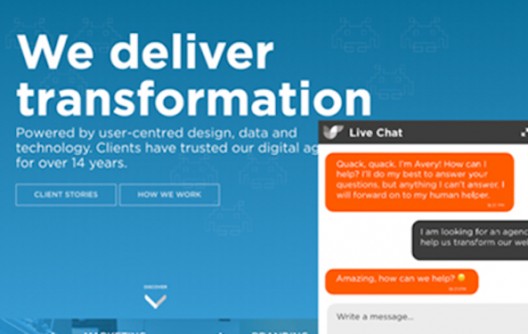 Chatbots help businesses provide either an extra layer of immediate engagement with their website users, or become the first point of engagement in a specific user journey. At our latest Quack Hack, we explored how that could be developed. With that comes the birth of our first artificial intelligent powered chatbot (or duckbot…), Avery! 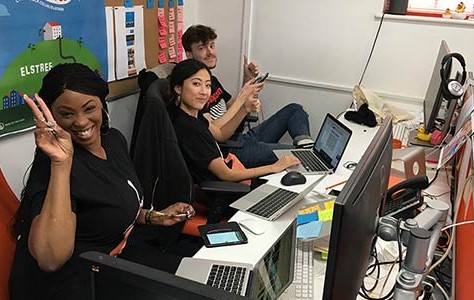 Building the face (recognition) of the future

Quack Hack 2018 saw the adoption of many of the latest technologies, including facial recognition software. Our team wanted to create a secure file-sharing platform, bolstered by biometric verification techniques. Here's our story from the hackathon.