Responsive, accessible website to promote their new brand and scheme

The UK Government founded the East West Rail (EWR) Company in 2017 to deliver the rail scheme efficiently and quickly. East West Rail required a robust website that could communicate how it would connect Oxford and Cambridge. It must ensure EWR was in close contact with the very people the railway scheme would affect. To do that, Cyber-Duck delivered a responsive, accessible website with a robust CMS and enhanced marketing capabilities.

In late 2017, the East West Rail Company was set up and tasked with delivering the rail scheme that connects Oxford to Cambridge in a timely and efficient manner. Acting as the face of the scheme, EWR should engage the local communities that would be affected by or use the service.

Naturally, a new website would play a central role in helping EWR meet these objectives. But with the scheme already underway, EWR needed the new website fast, in time for the next public consultation.

Cyber-Duck was engaged by East West Rail to develop a secure, accessible site in a limited timeframe, without compromising on the quality. It had to be developed with a block-based CMS, so EWR could grow and adapt their marketing strategy over the course of the infrastructure project.

Deliver a new secure and accessible website of high quality in a limited timeframe.

Futureproof the website with a stable CMS that would facilitate EWR’s marketing strategy.

Create a robust marketing plan to put EWR’s name on the map via SEO and PPC.

This project demonstrates how Cyber-Duck can work collaboratively with multi-disciplinary agencies when needed. The branding and design for EWR had already been completed by another partner.

Our role was to bring this new brand and design to life through technology. We collaborated closely with EWR’s other partner through daily stand-ups that discussed live pressure points, and weekly show-and-tells that demonstrated progress.

The design we were given included ‘offset blocks’ to engage users with a quirky design. We had to find a way to stack these blocks without them affecting each other by harnessing Vue.js technology.

Using SilverStripe, we built a custom block-based CMS and trained EWR’s team in ongoing content governance. This meant the EWR team could build new pages to grow their marketing strategy over time.

Our front-end developers ensured are working on making the website comply with WCAG design principles. This ensures the website is accessible to users with a range of disabilities. 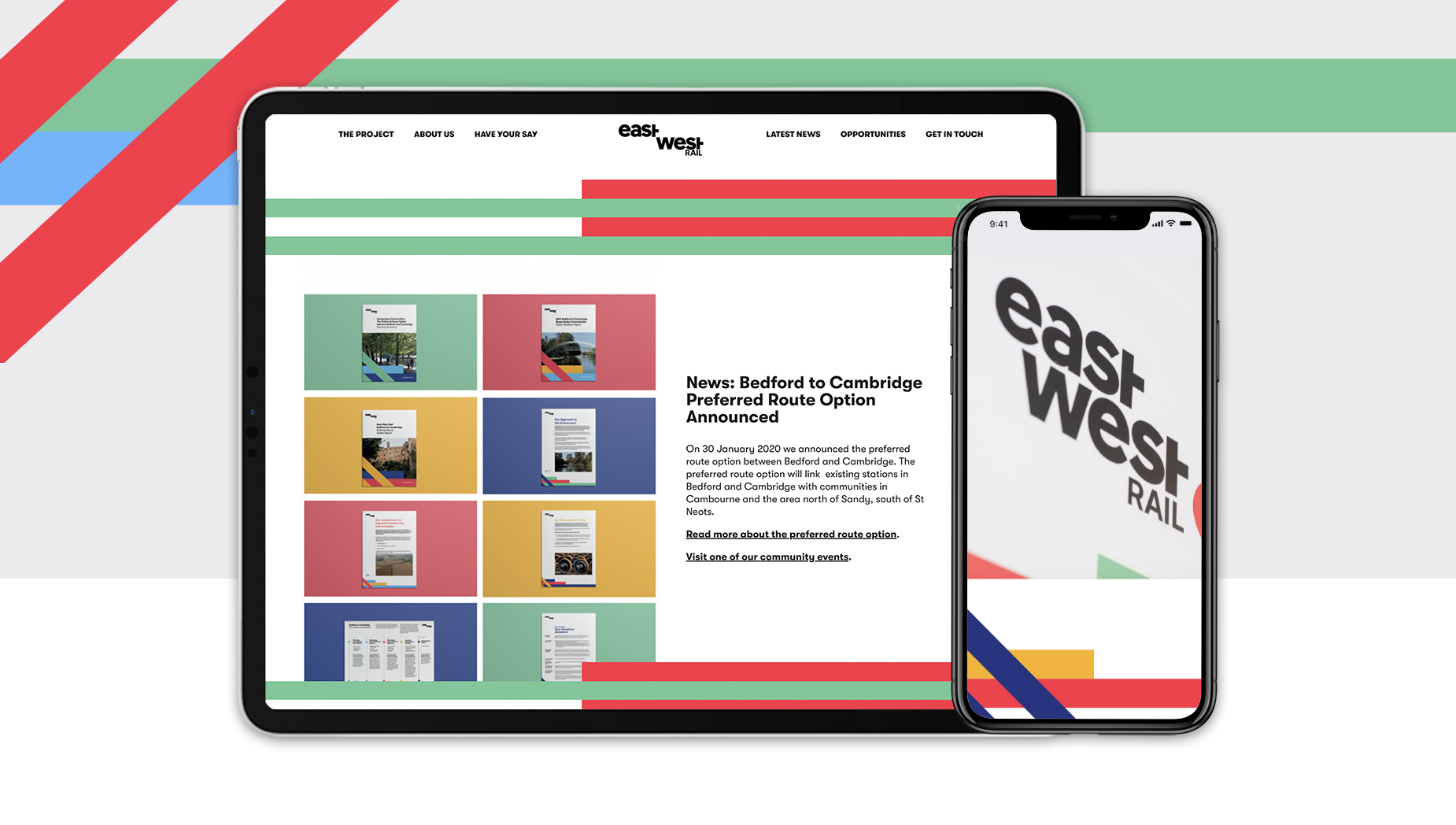 When combined with our marketing capabilities, the website could help EWR promote themselves and achieve their core objective: engaging with the community.

Our Search Engine Optimisation (SEO) experts worked with the development team to ensure the sitemap was easy for Google to ‘crawl’. We researched and optimised the content for keywords, then introduced appropriate meta data to push the rankings higher.

After launch we ran a coordinated Pay-Per-Click (PPC) marketing campaign on Google. This helped our client to engage with more users right from day one.

Measuring the success of our SEO and PPC tactics was a must. We integrated Google Tag Manager to monitor an array of user journeys to check that users were doing what we intended on the website. 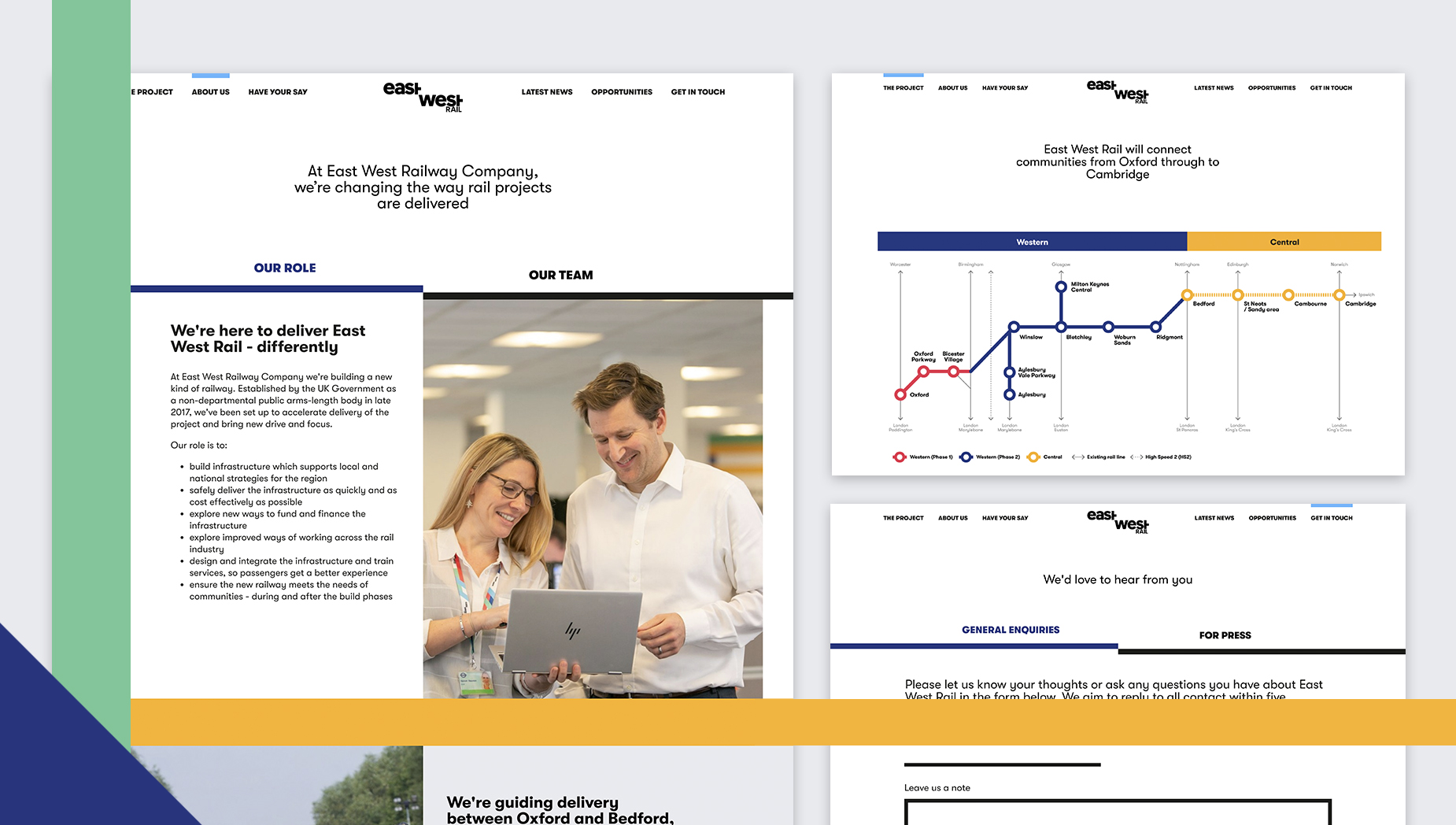 We delivered a technologically enhanced website with a custom CMS and marketing integrations. The production followed the Government’s Digital Service Standard.

This meant EWR could effectively engage with local communities, businesses, and ultimately build a railway that is beneficial to everyone. We’re proud to have worked on this project with EWR, who gave us a high client satisfaction rating for our work. 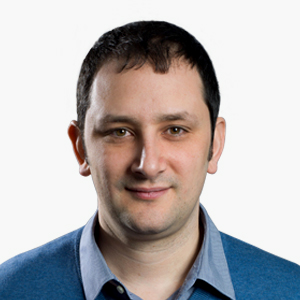