Cyber-Duck sponsored StartupBus UK this year. In just 72 hours, ‘Buspreneurs’ pitched, designed, developed and marketed brand new startups. I was lucky enough to get a space on the bus! My team developed ‘Squill’ and even got a space in the Pirate Summit final. Here’s my experience on the road trip, along with extra tips for success at hackathons.

On a fine Friday morning at 6am (!), I met the other designers, developers and hustlers just outside Kings Cross station, London – the beginning of an epic journey. 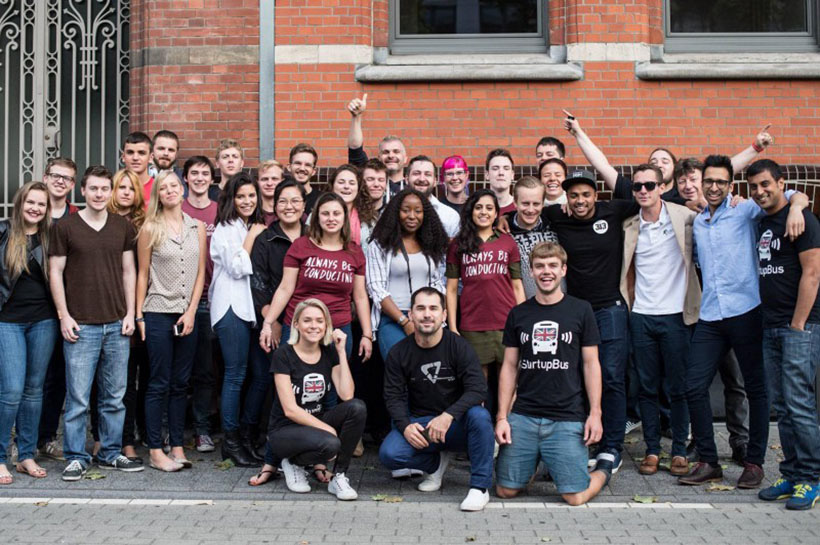 Of course, we had to get a team photo... Thanks Katrina - check out her blog too!

But with Cyber-Duck as a top sponsor… our first stop was my usual Elstree headquarters. My agency hosted the launch event, where Danny, Sofia and Benjamin shared a ‘Hackers Guide to UX’ and demos of our own R&D products. I found the advice about how to build a great Hackathon project and gain traction under pressure useful. Read more about it here!

But the real work got started back on the bus. Day 1 was about coming together as teams and tying down ideas. Everyone pitched, we picked the top 10 ideas and quickly formed teams around them. It was a bit of a free-for-all as we tried to get the best mix of skills. This was critical. My team ended up strong and well balanced. We had a designer, to create visuals and wireframes; back-end and mobile developers, to build a product; and two hustlers, to gain traction.

Next we developed our idea with only 72 hours until the first pitch!  This was tricky with a brand new team dynamic. Everyone had a slightly different vision. After a few hours of brainstorming on the ferry across the channel, we had a solid grasp of what we wanted to build. Our product was Squill (pronounced like ‘skill’), a social portal where people could connect in an informal way and share their skills.

The next few hours were crucial. I was the developer so had to think about the best system to use for building the web app. I chose SilverStripe CMS. It’s quick to set up and has a rich feature set. I worked flat out in France to set up the system and basic features. Preparation really paid off. With no Internet (!), I was really glad I downloaded SilverStripe and its core modules before StartupBus began.

We worked late into the night to finish our first prototype – our web app was a bit rough around the edges, but ready to be tested and refined. Even better, we found ourselves shooting up the StartupBus Europe team leaderboard!

After a long 1-hour sleep (!), we were ready for day two – preparing 2 pitches for a range of startup professionals. First stop, Startup 42. We were given constructive criticism for our pitch which was a bit weak in its first iteration. We learned not to include too much detail on slides that described our concept. The audience doesn’t want to read blocks of text. Instead the pitcher should explain things fluidly and create slides that gave a short overview of key aspects. 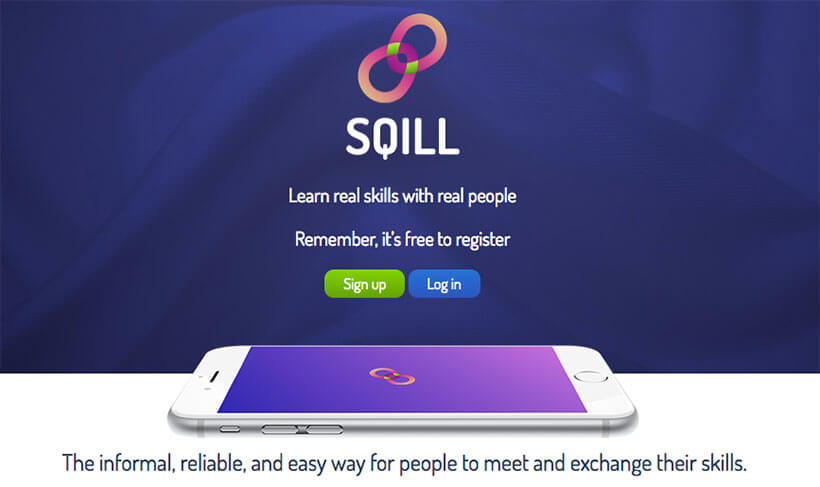 We pitched our Squill app for the first time.

Afterward, we had a few more hours to develop our Minimum Viable Product (MVP). There was a key aspect to be discussed. How were we going to monetise the product? We decided on the freemium model, charging users for upgraded features on the website.

Our second pitch that evening in Luxembourg was much better. This time the panel had a couple of real investors. One in particular gave us a few tips about positioning our product. Others weren’t so lucky – he ripped them apart!

Pitches, pizza and donner done, we headed to Viand for another late night working. But our Internet nightmares continued. Back at our hostel, a dozen people lining a 3 storey stairwell glued to their laptops trying to connect to WiFi… was quite a sight at about 4am!

A WORKING DEMO SAYS 100 TIMES MORE THAN AN IDEA

Day 3 was a real treat. We stayed below Vianden castle, a massive hilltop fortress. It’s one of the most impressive buildings I’ve ever seen. After wandering around the huge valley, we headed back to the bus and on to Ghent. 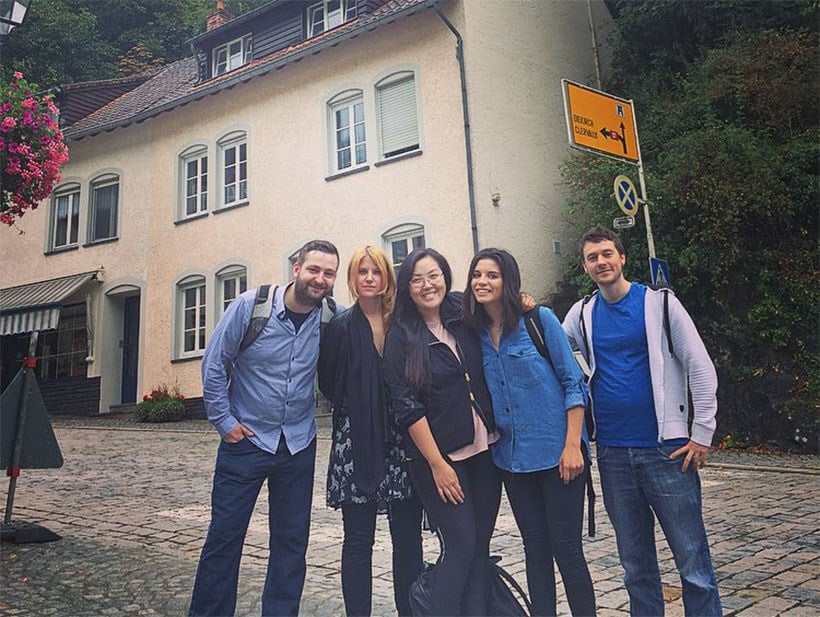 My team took a quick break in Vianden!

With a lot of the development work done, it was time to perfect our pitch. The mentors on our bus were heavily involved. They really helped us build strategies and questioned our thinking. This helped us understand what the judges were looking for. We needed a demo, marketing and monetisation strategy. Together, these must demonstrate why professionals should invest in us.

But in a competition like StartupBus, we had to be. By this stage, everyone had to be very close to their MVP. There were still some teams that didn’t have a working prototype. Judges need to see something working. I think a demo says 100 times more than an idea.

It was full steam ahead all night for my team. I tweaked the front-end, fixed bugs on the back-end, and polished the app so we would have a functional prototype. It took everything that I have learnt as a full stack developer over the years to get the demo ready in time. At Cyber-Duck, I have guided many different websites from conception to completion – but never in 72 hours! 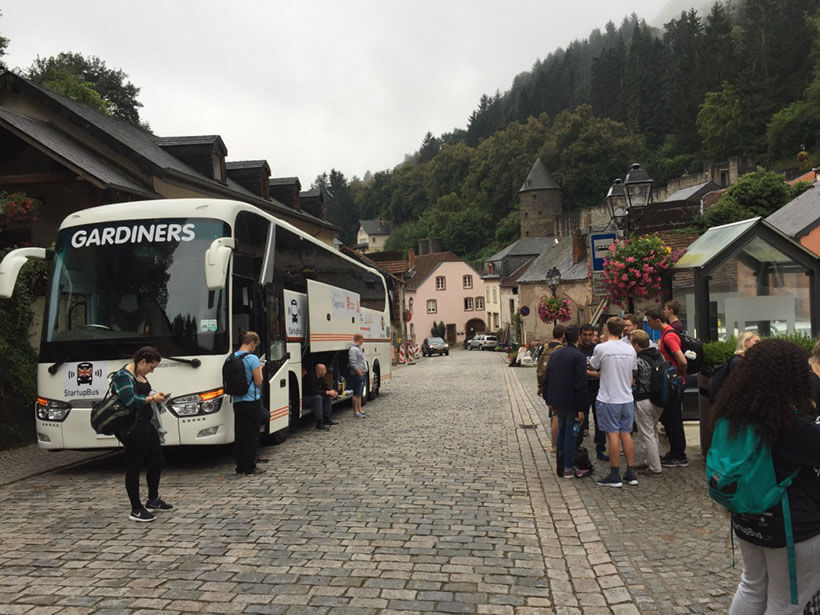 Back to the bus!

Semi-final day was intense.  Today’s destination was Corda Campus, an impressive start-up incubator with 7 floors… complete with a chicken coop on the roof.

Only 10 teams across Europe would be selected to compete in the final at Pirate Summit. There were some amazing ideas, from the wacky to the technically brilliant. Many were based on mobile apps, which demonstrated the growth and popularity within this area.

Our hustler, Katrina delivered a brilliant pitch that demonstrated our MVP for Squill and uncovered our monetisation strategy. Meanwhile, I was drilled on the technical aspects of the project in the Q&A time.

Then, we waited. It was a nervous time – out of all ten results, we were the last to be called. We were chosen to compete! 5 out of 6 teams on the UK bus got through to the final which was epic. By this stage, we had our pitch pinned down, a working demo, real users and a thought-out monetisation strategy.

Pirate Summit is a startup networking and investment conference with pitches and talks from new and seasoned industry professionals. Our judges were top people within the community. Real investors were here too. A good idea with a great pitch could become a real, powerful business.

By then, our user base hit 100 people (including paid content!). We led the European leaderboard for most of the competition and even received a seed capital offer – the only team to do so. 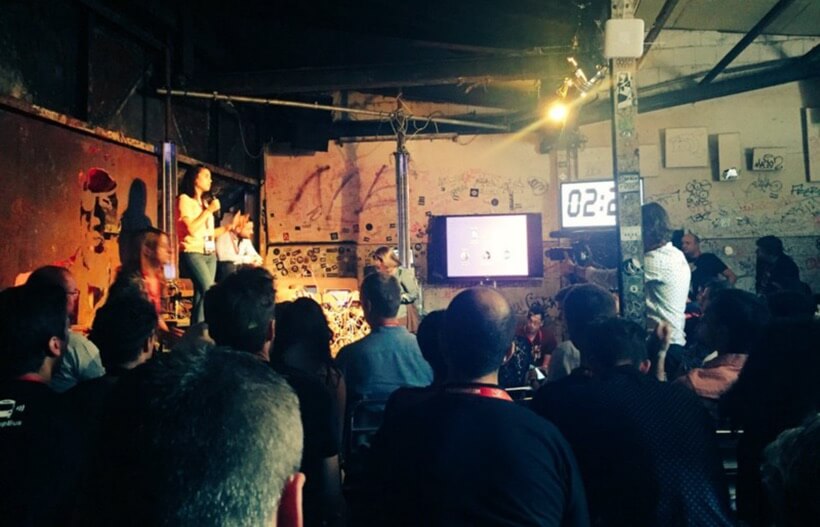 Time for the final pitch!

The eventual winners were from the UK bus – great, when other countries had won for the last five years. Trustful was a pretty amazing, investable idea: secure voting using the blockchain technology behind bitcoin.

Although we didn’t win, we loved Pirate Summit. These conferences give a real insight into how the industry works and where it’s going. There were talks all day about machine learning, mobile app development, gaining investment and a host of other topics. When the insights finished, there was a pretty epic party with a burning man and crazy techno marching band. It was a spectacular end to a spectacular journey! 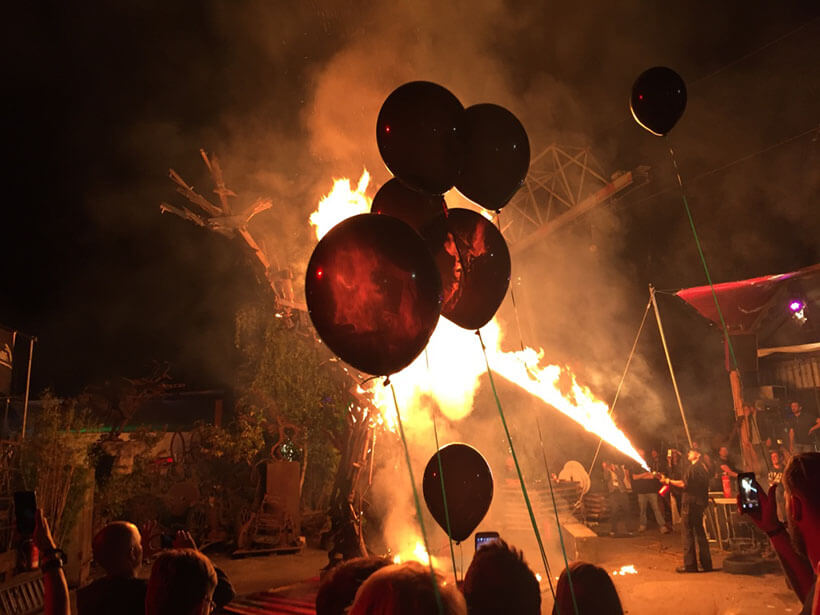 I’d like to shout out to our great hosts, Donald, Tina and all the teams, alongside our great mentors on StartupBus UK. Here’s a last piece of advice to anyone thinking of going. It’s one hell of an experience and an awesome thing to join! I'm keen to head back next year.