StartupBus Europe is a hackathon like nothing you’ve seen before! They challenge participants to conceive, build and launch a startup in just 72 hours. But here’s the catch… they have to build (and pitch!) everything on a roadtrip around Europe. As big fans of hacking and R&D, we were excited to host the British bus.

At Cyber-Duck, we love getting involved in hackathons! As huge supporters of Research and Development (R&D), there’s nothing like the extra adrenaline rush of a time-pushed hackathon to fuel creative development. Previously, we’ve showed off our skills at the BBC’s ‘Future is Now’ events, MozFest and even won unBound Digital’s Barclays Hackathon.

At Cyber-Duck, we love getting involved in hackathons! As huge supporters of Research and Development (R&D), there’s nothing like the extra adrenaline rush of a time-pushed hackathon to fuel creative development. Previously, we’ve shown off our skills at the BBC’s ‘Future is Now’ events, MozFest and even won unBound Digital’s Barclays Hackathon.

So, we were delighted to sponsor StartupBus UK’s hack with a twist! 6 buses travelled from 6 countries around Europe. Participants hacked away to compete in the final at Pirate Summit in Cologne. While on the road, they had just 72 hours to form teams, generate ideas and put their plans into action.

This went beyond building a product – they pitched ideas and worked to get active users along the way. As a top sponsor Cyber-Duck was delighted to host the kick off at our headquarters in Elstree!

The Launch: A Hacker’s Guide to UX

We welcomed the ‘Buspreneurs’ to our headquarters with bright talks that could get their creative juices flowing. Our CEO, Danny kicked-off the morning with his ‘Hackers’ Guide to User Experience (UX) Design’. 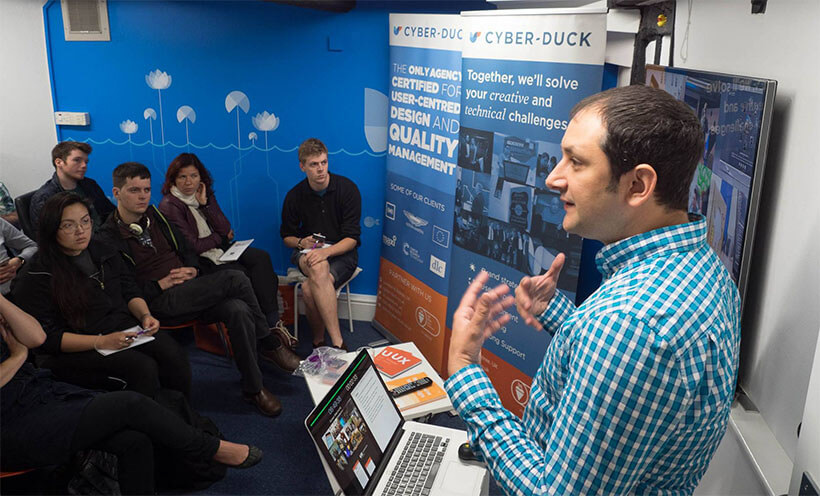 He showed the audience how to follow a lean approach under pressure. The key takeaway was to create your product’s branding and growth strategy from the outset and ‘bake it in’ to the user experience. Here are quick ways to get that done in a hack:

Alternatively, have a look at the slides:

Next, Sofia & Benjamin gave a dose of R&D inspiration, demonstrating products from Cyber-Duck’s legendary Quack Hack. Our Cuckoo Quack was the most popular. Inspired by the Internet of Things, we transformed an antique cuckoo clock into an office notification system! The clock wowed the crowd by reacting to tweets and notifications. Find out more about the Raspberry Pi, Arduino and iReact tech that powers our hack here.

After a treat in our offices… the participants left for Paris! As they drove through Luxembourg, Vianden and Ghent and finally arrived in Hasselt, all teams managed to pitch, design, develop and market their startup.

One of our developer ducks was in the thick of it! Head over to Andy’s blog for a behind the scenes look at his road trip. He shares top tips about how to get the most out of hackathons. His team, Squill consistently topped the European leaderboard and placed very high at the final in Pirate Summit, Cologne. 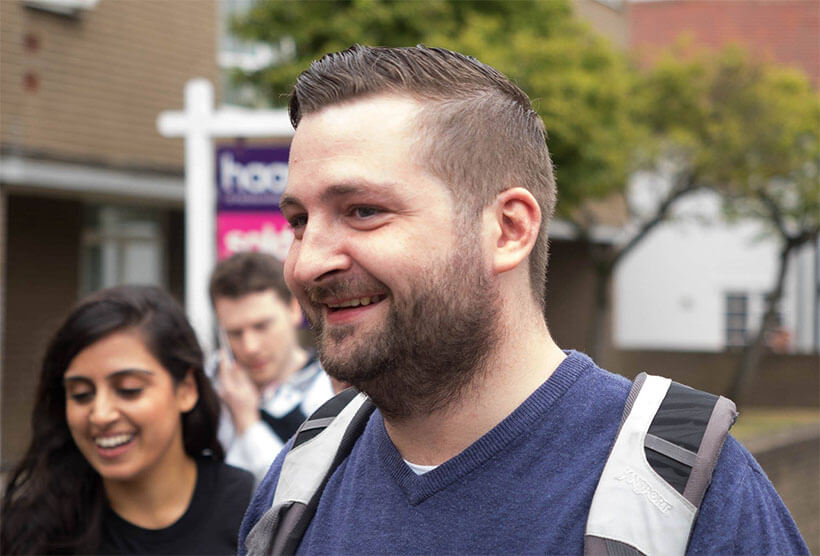 Andy was eager to compete on StartupBus UK. He built an innovative app that helped people share their skills.