Cyber-Duck are proud to have been nominated as one of six finalists for the category of Best Self Promotion at last night’s highly acclaimed BIMA Awards.

Now in its 29th year, the British Interactive Media Association (BIMA) Awards are considered by many within the industry as the digital equivalent of television and film’s the BAFTAS. The annual event celebrates the best in British digital innovation, recognising the agencies that produced outstanding campaigns in the last year. In total there were 24 different categories.

Cyber-Duck were nominated for the category of “Best Self Promotion” for the latest variation of our company website. Since we launched the responsive website in February, out website has already won a Communicator Award and received a number of plaudits from prospective clients and our peers, leading us onto the radar of those behind the BIMA Awards.

What makes our website special is the way the layout gracefully adapts to suit the screen size of the device it is being viewed from. It means the user experience is optimised for every end user: right from a large TV-screen down to a mobile phone. The team here are immensely proud of this achievement which signifies we practice what we preach when it comes to responsive web design.

The evening itself was a fantastic affair with all the powerhouses of the industry in one room. After the formalities of the awards, guests were treated to some enthralling entertainment by beat-boxing legend “Killa Kela”, whilst the free bar and the DJ meant that both the drinks and the music flowed right on through the night.

Special mention should go to our friends at AKQA who stole the show at the awards by picking up the award for Agency of the Year and also Weapon 7’s The Snow Machine that was the eventual winner of the Self-Promotion category. 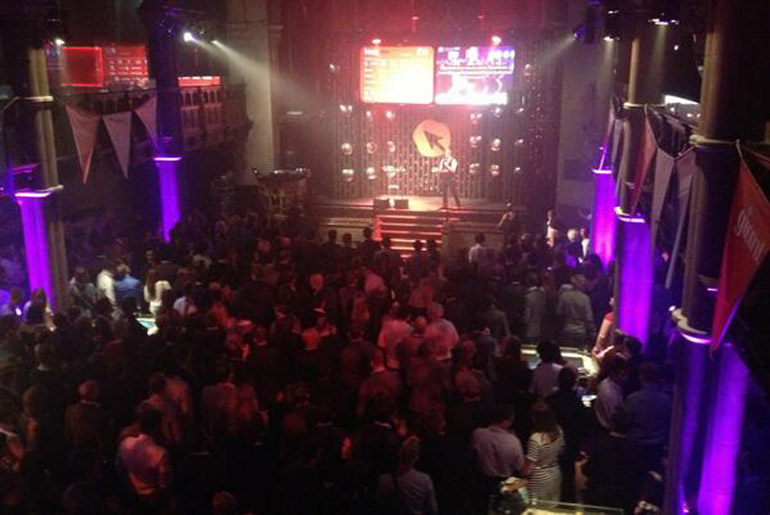 The team had a great night at the BIMA Awards.