Our team here at Cyber-Duck has been itching to sink its teeth into blockchain technology applications for a while now. During our latest internal hackathon – the Quack Hack 2017 – we got to do exactly that.

We created BlockAid, a prototype charity donation platform that encourages transparency and strengthens security through blockchain technology and smart contracts. BlockAid went on to win a nomination at the Wirehive 100 Awards 2018 for Best Use of Emerging Technology.

Our latest hackathon was one of the most exciting and innovative weekends we’ve had yet. Since then, we’ve polished our winning project. It focused on blockchain technology application, and we created a secure, transparent charity donation platform.

Recently, we examined blockchain in depth to provide the context of what this technology is and what it could do for your business. Today, we’ll show you how it can be applied to solve a real challenge. This article will run you through our project’s goals and what we learned about blockchain financial services. More importantly, it will answer the question: what does blockchain technology mean for the future of FinTech?

RESTORING TRUST IN CHARITY THROUGH BLOCKCHAIN

Before the hackathon weekend, we discussed upcoming technologies with our clients. This helped us understand which tech implementation would be the most useful for a hackathon experiment. Here, we identified donations and transaction platforms as an exciting opportunity for blockchain technology application.

We chose to focus on the charity sector because it has recently struggled with public trust. We noted that just half of the British people thought charities were trustworthy in 2016, so we wanted to try and make online donation platforms trusted again. With the Oxfam Haiti scandal, which has already seen 7,000 people stop donating to Oxfam, and the unfolding investigations at the UN, trust could plummet further, making products that encourage trust even more necessary.

Our project sought to restore trust in charitable aid by guaranteeing the security and transparency of fundraising platforms. This blended with our interest in creating blockchain financial services that increase transparency and security of data. Storing all transactions in a blockchain and using smart contracts would allow charity and fundraising projects to be fully transparent and auditable. Likewise, we could guarantee that data and transactions were secure and impossible to hack.

But we wanted to go one step further. Because our hackathon projects don’t only deliver user-centred design and development, but potential business and marketing strategies too. The team wanted to ensure that we could monetise the platform enough to keep it going but keep a 0% commission on donations. This would be our real point of difference, our market niche. For example, platforms like JustGiving take a 5% commission fee, while face-to-face street fundraising – which the public holds unfavourable opinions on anyway – also relies on private contractors who take a commission to acquire donations.

BlockAid is the commission-free, secure and transparent charity donation platform our team created during the weekend. Through our platform, we hoped to take what is a difficult technology and utilise it in an accessible manner to reinforce trust in charitable causes and organisations. 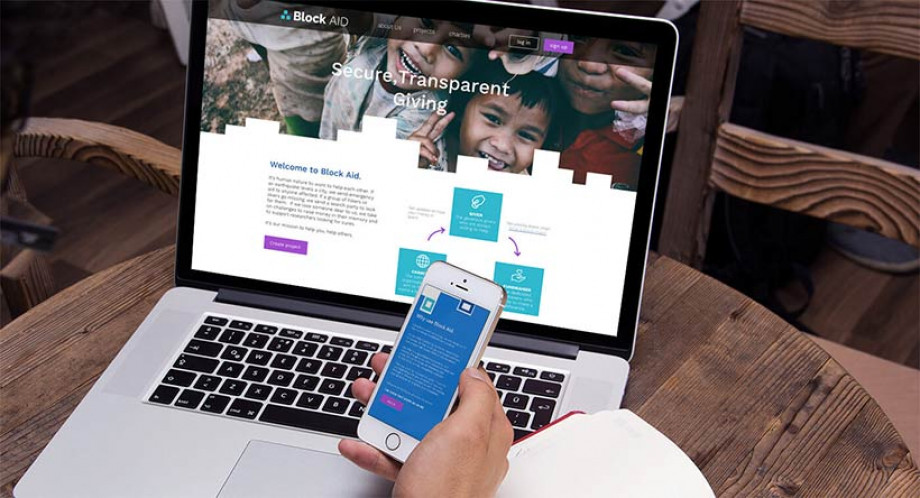 To recap from last week, blockchain is the technology that underpins cryptocurrencies like Bitcoin and Ether. It works by building blocks of data into a chronological chain before replicating and distributing this chain across every connected node (a server or computer) in the network. The blockchain was originally used as a validation system, a way to confirm that a bitcoin was the real deal. It worked because there was no way to hack the blockchain to counterfeit a bitcoin.

But blockchain isn’t only suitable for cryptocurrencies. That’s because if you boil it down a blockchain is simply a secure way of storing and communicating data, applicable to a host of different technologies. So, potential blockchain technology applications are popping up across various sectors, helping to secure data everywhere in a decentralised ledger, from financial services to identification.

It’s no surprise then that we saw blockchain as the perfect technology for our own prototype donation platform. 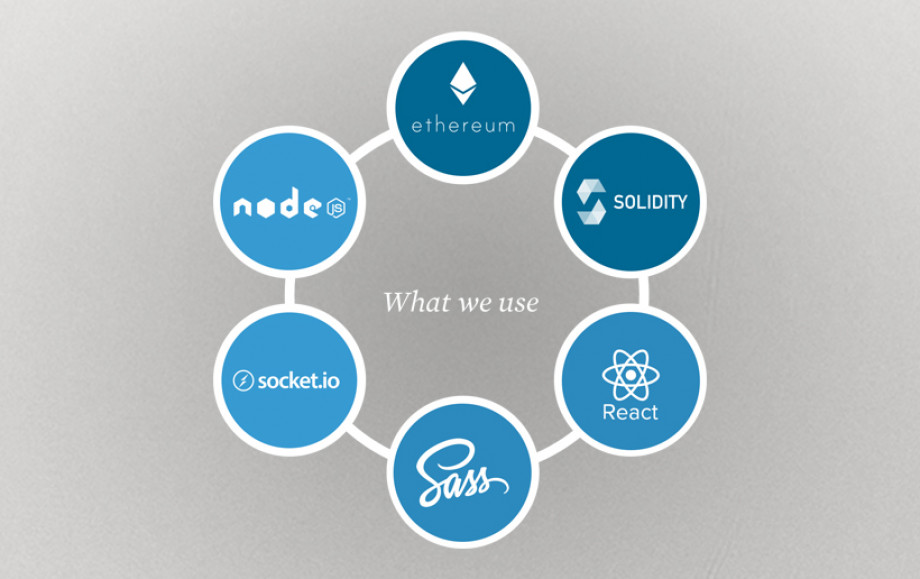 We used a lot of various technologies to create BlockAid, including Ethereum.

Smart contracts are the all-important aspect of BlockAid. These are digital conditional contracts that are locked into a blockchain. Only once the conditions as confirmed in the contract are met will the actual transaction be authorised. For a donation, this means that only once an activity has been completed would the donation fund be released. A smart contract, therefore, represents an intermediary between parties, used to move assets upon contract completion from one owner to another.

Our team chose to use GBP sterling as our currency, as opposed to a cryptocurrency. The benefit here was that through sterling, anyone could donate and access the donation platform, not just the tech-savvy few who are riding the crypto-wave. You also wouldn’t have to worry about the fluctuating speculative value of a given cryptocurrency.

BlockAid would act as the validation system between the donor, the fundraiser, and the charity. It would ensure that funds are only ever released once certain expectations (“Milestones” in BlockAid jargon), written into the blockchain via a smart contract, are met. Following this, funds would go straight to the desired charity. This logic allows ambitious projects to be partially funded while avoiding fundraising failures by setting intermediate goals.

How Would We Operate BlockAid?

Working on a 0% commission would be difficult for any organisation, but BlockAid would source funding through grants from the National Lottery, HM Government, and a variety of Trust Foundations. This would allow us to fund a core group of employees who could maintain the platform while ensuring that all a donation went to charities.

In our platform, the blockchain itself would act as the facilitator, rather than an independent company that takes a commission. We believe that this would pique the interest of charities, fundraisers and the public. We would combine this with a thoughtful, user-centred design approach that ensures blockchain is explained simply.

To complement our commitment to great user experience, our accompanying marketing material would include webinars, podcasts, games and whitepapers that educate users and generate excitement.

We Have the Expertise; What Next?

After working on BlockAid at our hackathon, we’ve learnt quite a bit about how to create blockchain technology applications. So what does this technology mean for the future of sectors like insurance, finance, commerce and of course charity? 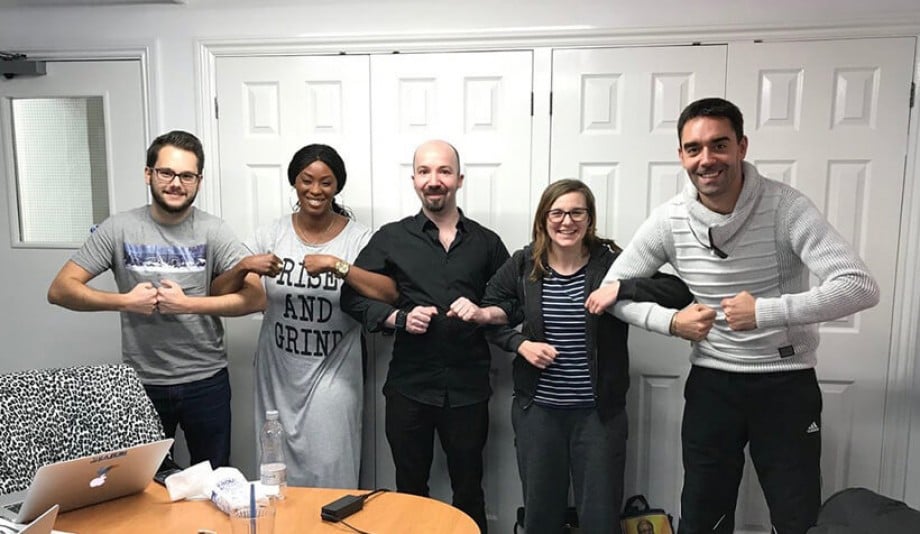 Team Flockchain won our latest hackathon with their project, BlockAid. You can find out more about the hackathon here.

I touched on this briefly last week, but one of the main ways it will benefit a mix of industries is that it will involve a revolutionary ledger system. The security this decentralised ledger will provide is unparalleled in the digital world. Fintech and ecommerce companies, in particular, will benefit from blockchain, as well as other application areas such as wagers, escrow, time stamping, and digital identity verification.

Likewise, security is a key concern for many nowadays. Blockchain would allow institutions to guarantee the security of anything from bank accounts to personal data because the chain is hack-proof.

But how might blockchain technology evolve? Others have tried pushing faster versions of blockchain tech, with one notable example being the ‘block-lattice’ architecture, which is used to support the cryptocurrency nano (previously the raiblock).

A block-lattice is where every account holding a nano has its own blockchain, with every transaction made acquiring its own block. To make a transaction, only a send and receive block are needed, and these are exchanged between the two accounts and their respective blockchains. This means nano can be used to deliver zero-fee transactions in real-time, all without delay and the high-energy consumption of bitcoin.

How Blockchain Can Help Entrepreneurs

Blockchain could help eliminate background checks. The software itself is a self-validating, distributed system – it cannot be hacked or illegitimately altered, updating in real-time. As a result, at the touch of a button you could verify:

Meanwhile, entrepreneurs could also benefit from supply chain verification. You could use blockchain to ethically source products (like the million diamonds in everledger), ensuring that you avoid suspect parts or practices like those that infringe child labour laws.

Similarly, ShipChain uses a blockchain-based platform to revolutionise the logistics sector. It uses smart contracts to cut out expensive middle-men who facilitate shipping, saving money and streamlining the service in one fell swoop.

Finally, it would be great to have all donations to a charity verified, but why not also have donations to politicians verified too? It would provide transparency and would see trust in the political and charitable processes soar.

Want to Work with Us?

But don't just take our word for it; as they say, the proof is in the awards pudding, which is why we're proud to announce that BlockAid has been nominated for Best Use of Emerging Technology at the Wirehive 100 Awards 2018!

Clearly, ur unique user-centred design process makes a real difference. We understand and place the user and business needs at the heart of all strategy, instead of using technology for technology’s sake. Does your business have an interesting challenge to solve with blockchain technology? Our blockchain agency would love to hear from you.