Quick, Safe Texting on the Go with TxtNinja

‘The Ramonos’ hacked away across the Bank Holiday to create TxtNinja: an original tool for rapid, safe texting on the go! Awarded second place, they challenged themselves for Quack Hack 2014 by developing exclusively for Android phones and smart watches for the first time.

Must Text, No Time

Taking the technological experimentation of a Hack to heart, Ramon, Tom and me (Sofia) – or ‘The Ramonos’ – were tasked with exploring the capabilities of either Google Glass or a smart watch for the first time. Recognising that the affordable smart watch has a bigger audience and a more established development community (for now!), we quickly began brainstorming what we could achieve in just 24 hours.

Originally planning to build a game that drew on all the gesture possibilities open to smart watch developers, we took a risk in the first hour of the Quack Hack. Instead, they were inspired to solve the common problem: must text, no time.

We wanted to provide pre-defined messages, ready for people to easily select and send while on the move. Whether you’re running late because you’re stuck in the office, in traffic or on a train, it would become easy to let your family and friends know. We also intended to offer the opportunity for people to create their own template messages, and pre-select top contacts – all within the app itself. This idea became the Minimum Viable Product, which we planned to develop for Android smartphones and as an ‘app extension’ for the smart watch, via the Eclipse SDK. 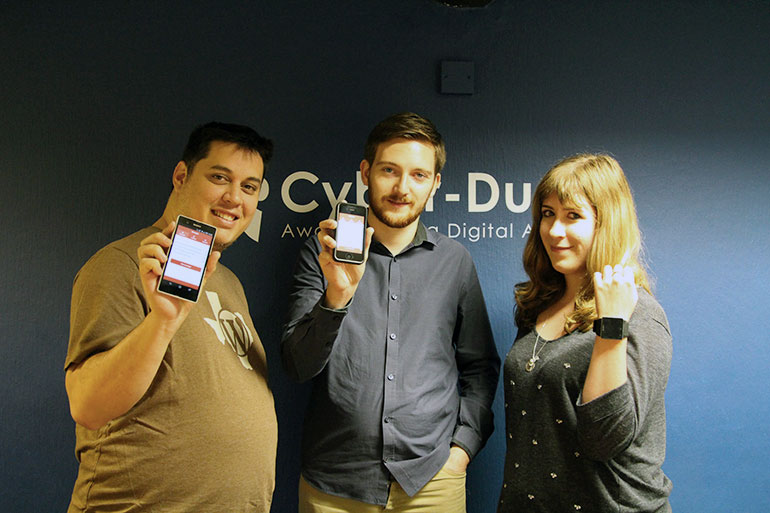 We're getting ready to build TxtNinja, a tool for quick, safe texting on the move.

Excited by their plans, we were convinced that dreaming up the original idea would be the most difficult bit of the weekend. However, we found it a little tricky to develop their grand ideas, considering our lack of previous experience with Java!

Determined to learn more, we went on a long hunt to find documentation about how to develop for Android, and code an extension for Android. Surprisingly, we found no comprehensive resources, and had to adapt and re-think, instead developing as a web app.

Finally, Ramon and Tom successfully developed the MVP Android app with Appery.io, a user-friendly development tool where they would build the UI with JavaScript.

Meanwhile, Tom flexed his front-end skills, building a microsite to explain and promote the main features of TxtNinja; Hoisin.scss, the responsive in-house mini framework originally developed by Ramon, was used to ensure optimisation across desktop, smartphone and tablet. Teaming up with me, the user interface, colour scheme, typography and content were also defined, with Ramon perfecting the Ninja-filled logo. We even found some time for lifestyle photography, venturing out to the nearby station and posing for a meeting to best demonstrate the use cases of the app. 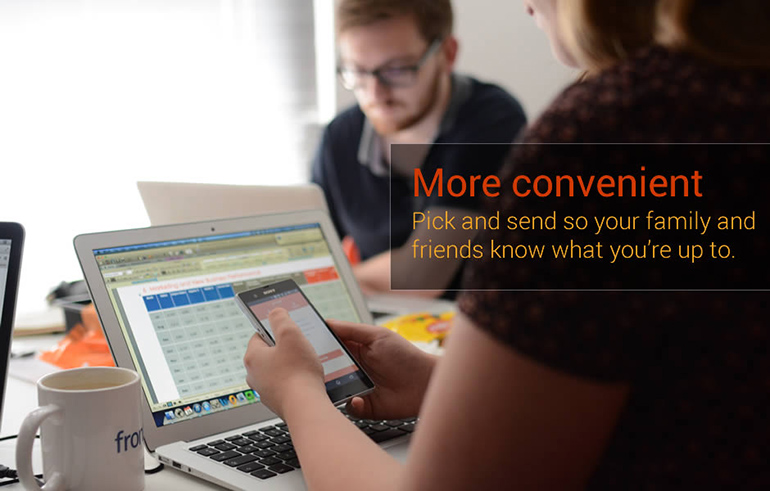 An example of the lifestyle photography created for TxtNinja, to demonstrate how convenient it would be for people to contact their family if they have been delayed at work.

Despite many hours of research, the lack of necessary educational documentation meant we were unable to get TxtNinja up on the smartwatch in under 24 hours. Excited by the rumours about Apple wearables, Tom had intended to experiment with moving across to Apple devices in the future. However, since the announcement of the Apple Watch last week, it appears their engineers have already developed to solve a similar digital problem, with the ‘messages’ app!

Nevertheless, we'd like to continue developing for Android smart watches, and revisit the second layer of nice-to-have features. These would allow users to schedule messages, entering how long their journeys could take, for example.