MozFest is an annual festival held by the Mozilla Foundation to promote collaboration and an open, global web. This year was Cyber-Duck’s fifth year participating and we hosted two back-to-back workshops. Here are the details of my day.

Following the success of Cyber-Duck’s workshop at MozFest 2013, Danny and I decided to team up with Benjamin and Gareth to run two sessions at this year’s event. As part of the Web of Things track, we delved into the world of connected robots and how we could apply animalistic personalities, traits and movements to Sphero robotic balls. This was an exciting experience for us as it was our first time doing this workshop at MozFest. 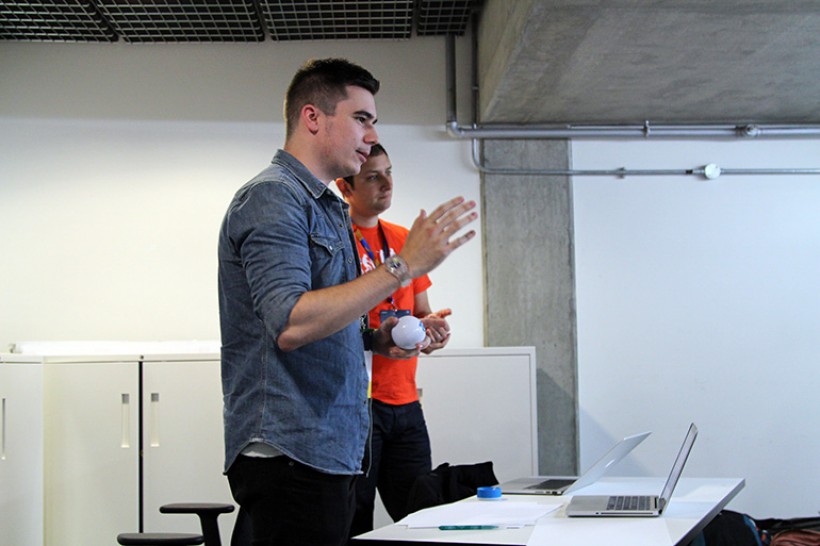 Danny and I brief workshop participants at Mozilla Festival 2014

We use personas as part of our UX design process to gain an insight into the target users of our projects. To tie in with the London Zoo’s MozFest activites, Danny and I focused on a theoretical workshop aimed at getting our participants to research and create personas for different animals—lions, zebras and elephants. We coached the participants through relevant parts of our process and had them carry out tasks that would help them flesh out their animal personas.

Firstly, we asked each group to brainstorm what main tasks their animals perform in their day-to-day lives. This forced them to research and learn more about their animals. Next, the groups had to explain why their animals perform these tasks and what their motivations are. The last step was listing any concerns the animal might have in its natural environment. This got the groups to look at threats and consider how the animals would react in different situations. 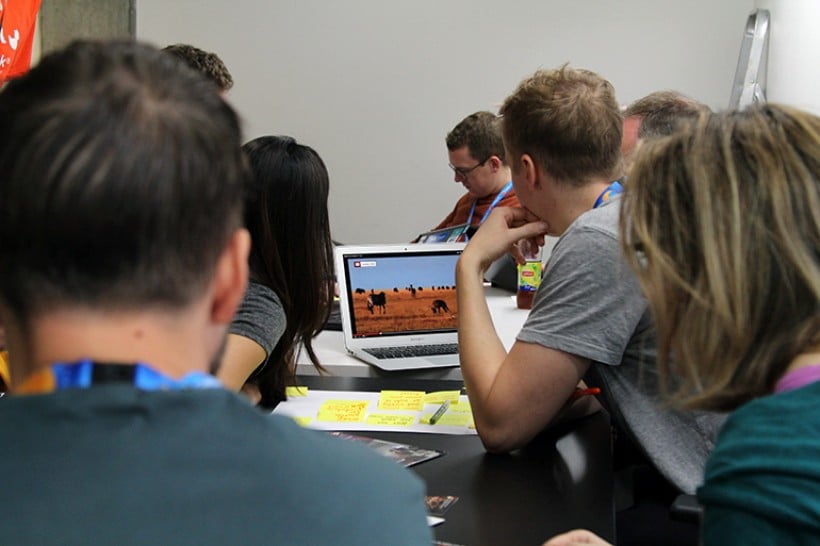 Once the three steps had been completed the groups built final personas for their animals using the information they discovered and collected. These traits were then mapped to the functions of the Sphero—movement, awareness of other Spheros and their locations, and the ability to change colour.

The lion group decided their robots would bump into each other as a greeting and change colours to match, essentially forming a pack. They would then move around with each other. Once in the range of a zebra robot, they would chase and attack.

The zebra group also accommodated this into their persona; when zebras detected lions nearby, their colour would change from blue to red and they would alert the other zebras that lions were close. When attacked by the lions they would try to stay together, as they would be picked off individually if they split up.

Overall, everyone really enjoyed using their imaginations to apply real world personalities to robots, and we had good fun running the workshop. These thought processes are important as our lives are fast becoming more digital and connected, especially with the rise of the Internet of Things. If this movement is to succeed, we need to create products that feel real, natural and are a joy to use or watch. Our goal was to make people see that these objects are more than just boxes or hardware. They can be almost human and an exciting part of our lives.

Cyber-Duck runs a number of fun and educational workshops for both small and large groups. Contact us for bookings or to learn more about how we can adapt these to your company or event.