Why use Laravel framework as a framework of choice?

One of the first considerations we go through in new development projects is understanding the clients’ business needs, and what problems we need to solve. Around those initial questions lie deeper, more operational questions, such as: what is the application’s job? How does the client expect the application to grow? And what features does it need to support?

One of the reasons we ask these questions is to help determine the best framework for the project. As a leading Laravel agency, we often recommend the Laravel PHP framework for ease of use, scalability, and security. For these reasons, Laravel is also a developer favourite, which almost always translates into better products.

And while these considerations are often technical, we believe that well-informed clients make happier clients at all levels, and the aim of this article is to answer the question: Why use Laravel framework? 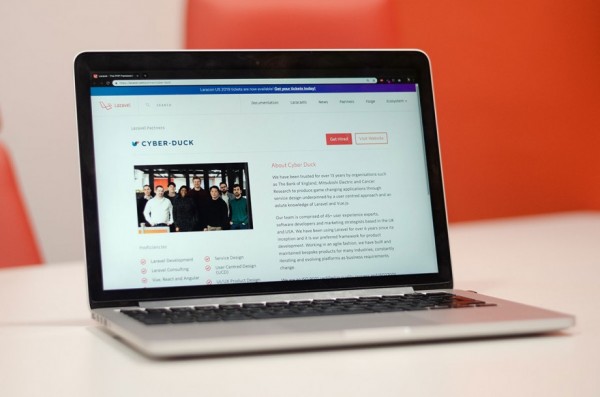 We use Laravel because it's a dynamic PHP framework. We are proud to be a Laravel Partner.

What is Laravel PHP framework?

In the most basic terms, Laravel is an open-source PHP framework that provides developers with the tools they need to build great digital products. Since its beta launch in 2011, however, Laravel has become extremely popular among PHP developers for being developer-friendly and its ability to develop advanced and scalable web applications to power portals, systems, and apps Among some of its best-known users today are the BBC, Pfizer, and Crowdcube.

Laravel was created by Taylor Otwell and emulates close-knit web development frameworks like Ruby on Rails and ASP.NET. It comes from a scripting background, which means it doesn’t need a compiler to interpret its code base. Technical jargon aside, Laravel is all about making coding simpler, more efficient, and more powerful.

Specifically, Laravel began as a model-view-controller (MVC) architectural pattern but quickly grew to add several key layers (such as requests, responses, and middlewares) to make it a “progressive” framework. Today, Laravel grows with its users by allowing developers to create applications that are better tailored to specific project requirements. In other words, Laravel streamlines the software development process and allows developers to create the best solution for their clients.

Why use Laravel framework?

Going back to Laravel’s evolution from MVC architecture, its progressiveness is probably one of the biggest advantages of the framework. Its programming syntax is considered to be eloquent, allowing for different patterns and ways of structuring applications, which lends to object-oriented programming, allowing developers to work at a faster pace while focusing on creating the best solutions for each client.

The Laravel PHP framework comes with built-in support for queues, events, real-time notifications, and more. These elements of a Laravel-based application are made as a "service", making them horizontally scalable to handle lots of traffic in a load-balanced environment like Redis, Amazon AWS, or Microsoft Azure. In practice, Laravel apps have been easily scaled to handle hundreds of millions of requests per month.

Laravel is front-end agnostic and comes with a built-in Blade template engine that combines one or more templates with data models to produce resulting pages. Alongside this feature, the templating engine is powerful, reusable, and versatile, allowing the teams to use the best tools to achieve the greatest results for the project and client needs. It integrates easily with modern front-end libraries or frameworks, such as InertiaJS, VueJS, ReachJS, and Livewire.

Like gems in Ruby on Rails, Laravel has ready-made bundles and packages that make it easy for start-ups and teams to customise and automate the processes for their web apps. And while the Laravel community maintains several open-source bundles, the ones that Laravel itself maintains within their ecosystem include:

Laravel is renowned for its expressive migration system, data seeding (to pre-populate content or default settings on a new application), and a rich, out-of-the-box testing unit that assists and encourages developers to write automated tests. It also includes Eloquent ORM, which makes it easier for developers to interact with their databases without having to reinvent the wheel when it comes to writing scripts, unit tests, and general quality assurance (QA) during the development process.

One of the most impressive elements of Laravel is its host of pre-installed libraries. These allow development teams to let the framework worry about the details so that they can focus on creating great products.

This includes an API integration library, which provides restful controllers to separate the logic that serves HTTP GET and POST requests. In practice, this feature means Laravel is one of the best frameworks for routing requests from the Laravel web development framework into other applications.

Laravel provides an extensive, built-in test suite that allows developers to write different levels of test automation, maintain the predictability of releases, and maintain team velocity as the application gets more complex. Developers can also run unit tests through the Artisan command line interface, making Laravel development easy to set up while keeping to high standards. It also makes it easier for the framework to interact with automated pipelines, which builds the teams confidence in the applications with each release.

When discussing Laravel’s reliability and robust applications, it’s important to mention its high levels of security, with built-in authentication services and simple ways of interacting with them through the use of Facades:

Laravel also provides simple ways of authorising actions against resources using gates and policies. It provides easy integration with multiple encryption services and all values are signed using a message authentication code so the data cannot be modified or tampered once entered. In sum, Laravel provides a great level of security by default, giving developers the tools they need to keep applications secure. As a testament to its strength, Laravel released only two security patches in 2020 and just one, so far, in 2021.

In addition to its ease of installation, Laravel’s flexibility lies in its versatility and easy implementation. For example, the framework uses the manager pattern, which allows developers to write custom drivers and extend the framework. In other words, developers can solve problems by extending the framework’s reach to include more advanced features, for small and large projects alike.

The framework comes with a built-in multiple file system that supports local and cloud storage systems like Amazon S3 and Rack space Cloud Storage. The multiple file system allows users to switch between systems with a single API, making the process completely seamless.

A software development framework is only ever as good as the community that supports it, and this is another reason Laravel works so well. LaraChat is a Slack community of close to 35,000 members and allows Laravel developers to discuss and help build a better PHP framework. Laracasts, on the other hand, is a subscription service that also hosts a discussion forum but focuses primarily on providing Laravel development courses. Multiple Laravel meetups: https://meetup.laravel.com/events 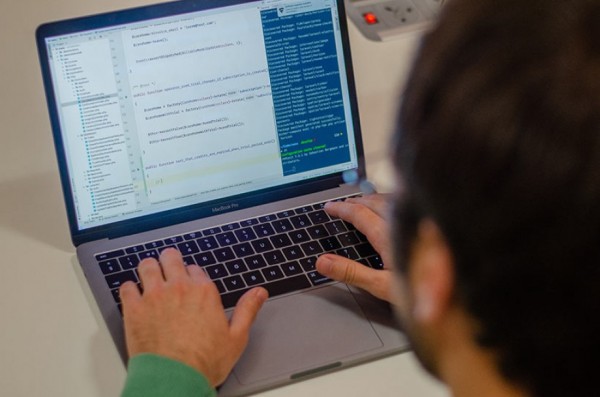 Laravel has a host of pre-installed libraries that serve to cut development time and therefore costs.

What we can do to help

For a web development agency like Cyber-Duck, there’s nothing more important than the quality of the technology we use. At the end of the day, it comes down to the results our clients see from their products.

So, why use Laravel and Cyber-Duck? As Laravel’s longest-standing UK partner, our team uses Laravel to provide continued value to our clients and has completed Laravel projects for Cancer Research Technology, Cabot Financial, and Eurofighter Typhoon, among others.

To create their tailored applications, we use a user-centred approach and there is no better PHP framework than Laravel to support us in that method. Its robust ecosystem, powerful set of libraries and ready-made bundles, scalability, and security help us deliver the engaging, custom-built web applications that our clients and their end users have come to expect.

If you require our technical expertise and are searching for a Laravel agency in the UK, just get in touch. 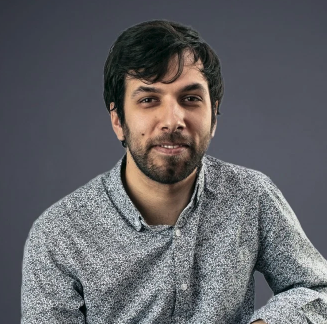